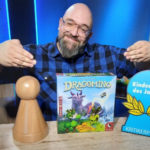 On Monday, the jury of the Spiel des Jahres association chose the tile-laying game “Dragomino” as Kinderspiel des Jahres 2021 (Children’s Game of the Year). The game is based on “Kingdomino”, the Spiel des Jahres 2017. It shows in an “impressive way how to turn a family game into a children’s game”, according to the jury’s statement, and it “brings an interesting and fantastic atmosphere to the table in which children can completely find their own way around after just one game”. 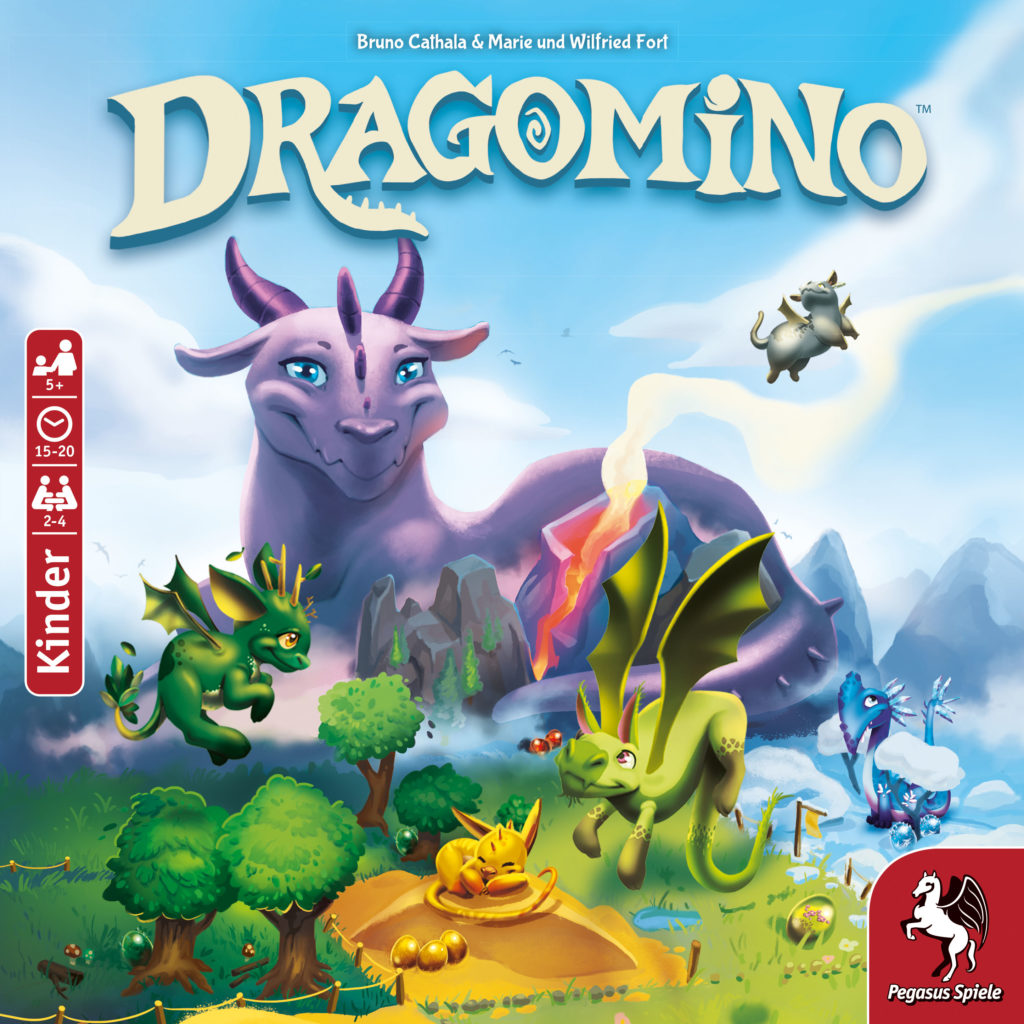 The German-language version of the game by the French authors Bruno Cathala and Marie and Wilfried Fort is published by Pegasus Spiele. This is the third time Bruno Cathala has received an award from the Spiel des Jahres jury. In 2017, his game “Kingdomino” received the Game of the Year award, and in 2006 “Shadows over Camelot” received the special award “Fantasy Game.” The award was also not the first for Marie and Wilfried Fort. Already in 2019, their game “Tal der Wikinger” was awarded Kinderspiel des Jahres. This year, the two were also nominated with their game “Fabelwelten“. 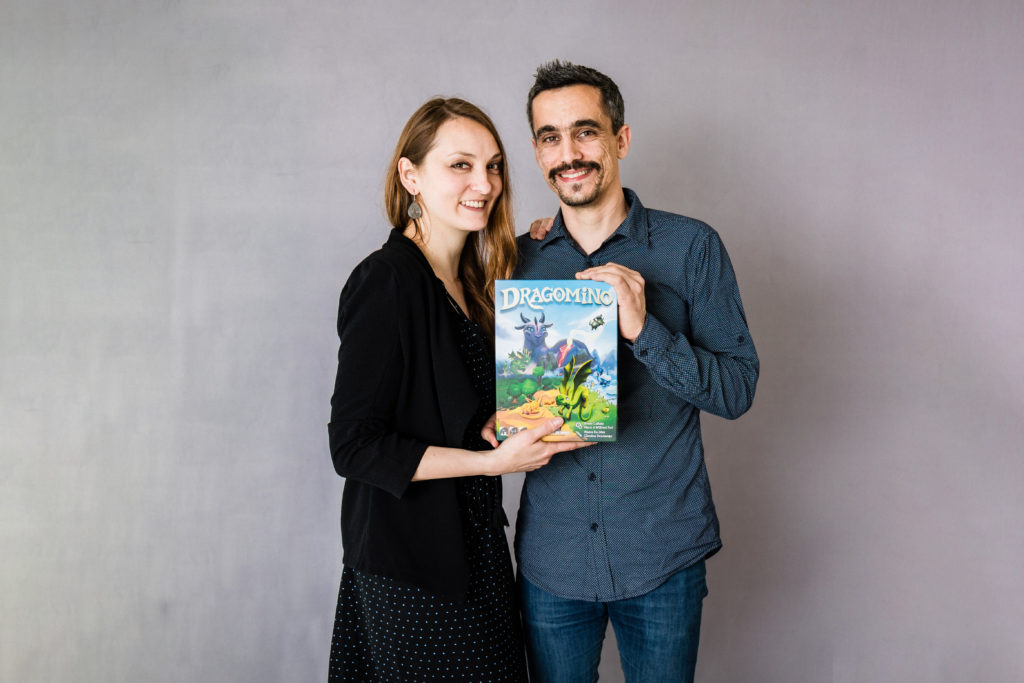 This year, due to the pandemic, the award ceremony took place for the second time as a livestream without an audience, broadcast from the studios of Nerdstar TV in Bielefeld. “A year ago, I welcomed everyone to what we thought at the time would be a one-time awards ceremony,” said the coordinator of the children’s game jury, Christoph Schlewinski, in his moderation, “without a stage, without an audience, and above all: without children. Now, one year later, we have to do without all that again.” This is a particular pity, he said, because it is the 20th anniversary of the Children’s Play of the Year award. “Children’s play has developed enormously over the last 20 years,” Schlewinski said, paying tribute in his presentation to the 29 advisory board members and nine jury members who have put more than 2000 games “on kindergarten, school and living room tables” over these 20 years. “As a result, thousands of children have been taken into new, fascinating and exciting worlds again and again over the past 20 years,” Schlewinski said. “Playing children become playing parents, who in turn play with their children as a matter of course.” 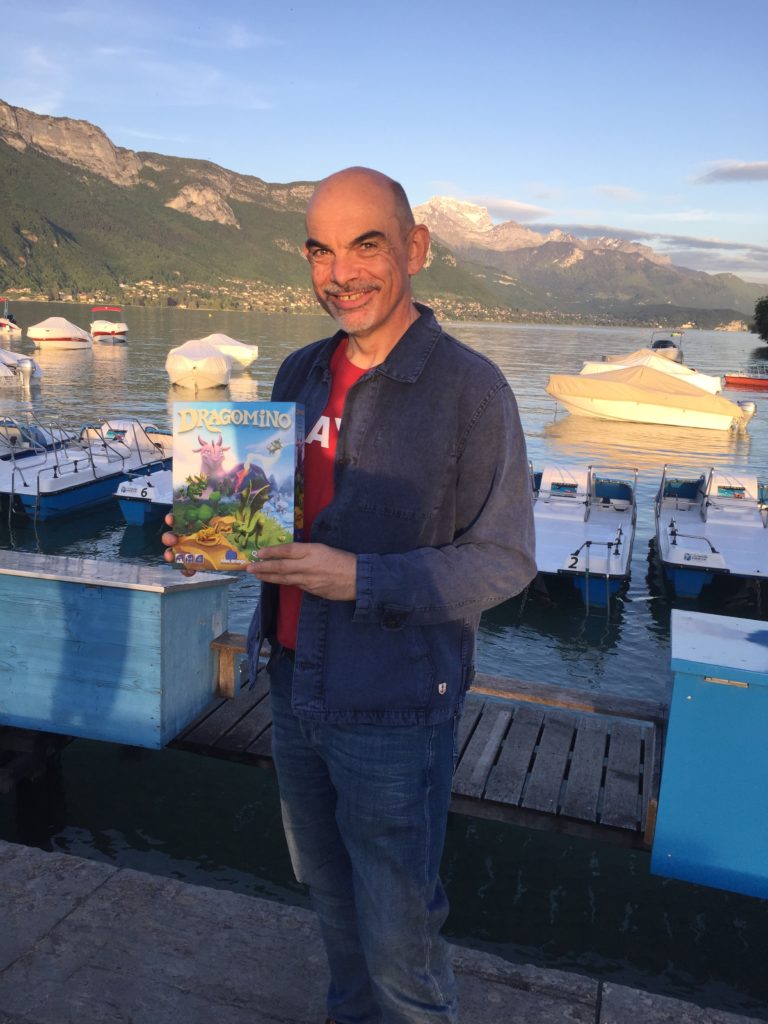 Schlewinski particularly emphasised the unifying power of play: “The more people sit down at a table and play together, the more we experience games as a powerful weapon against intolerance, xenophobia and anti-democratic ideas. Because playing is never about what divides us, but always about what unites us.” 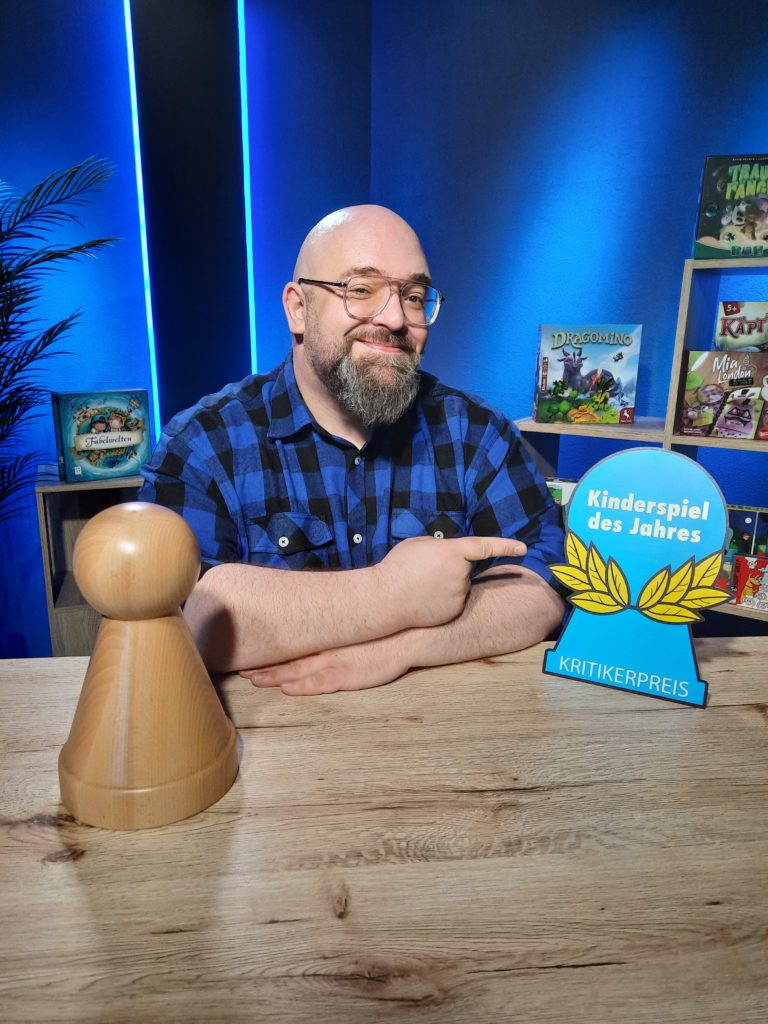 In the livestream, Schlewinksi switched to the authors of the nominated games, all of whom came from France this year. Bruno Cathala said that it was an honour to be nominated. However, he had not expected the prize. This made him and Marie and Wilfried Fort all the more delighted when “Dragomino” received the Children’s Game of the Year 2021 award. On their Facebook page, the two also revealed that the day of the award ceremony also happened to be their 13th wedding anniversary.