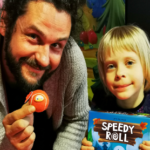 For the twentieth time, the critics’ award Kinderspiel des Jahres was awarded on Monday. In 2020 the Lithuanian game designer Urtis Šulinskas, who was already nominated for “Emojito” in 2018, won for the dexterity game “Speedy Roll” (“Hedgehog roll”, Lifestyle Boardgames/Piatnik). The players roll a tiny hedgehog and collect objects from the forest floor.

In 2020 the award could not be presented in front of an audience as usual. Instead, the festive award ceremony was shown as a live stream on YouTube and Facebook as well as on the website of the Spiel des Jahres association. The coordinator of the children’s games jury, Christoph Schlewinski, led through the award ceremony. In his speech he emphasized that it is an underestimated privilege to play with children:

“Playing with children is to play with people who don’t have a filter. Every emotion is real, everything must come out right away.”

He said that we all need to play more with children.

“Once you have managed to awaken a passion for playing in them, they become playing young people and playing adults. And I personally wish for the future a world in which many more people listen to their inner child instead of demagogues shouting slogans.” 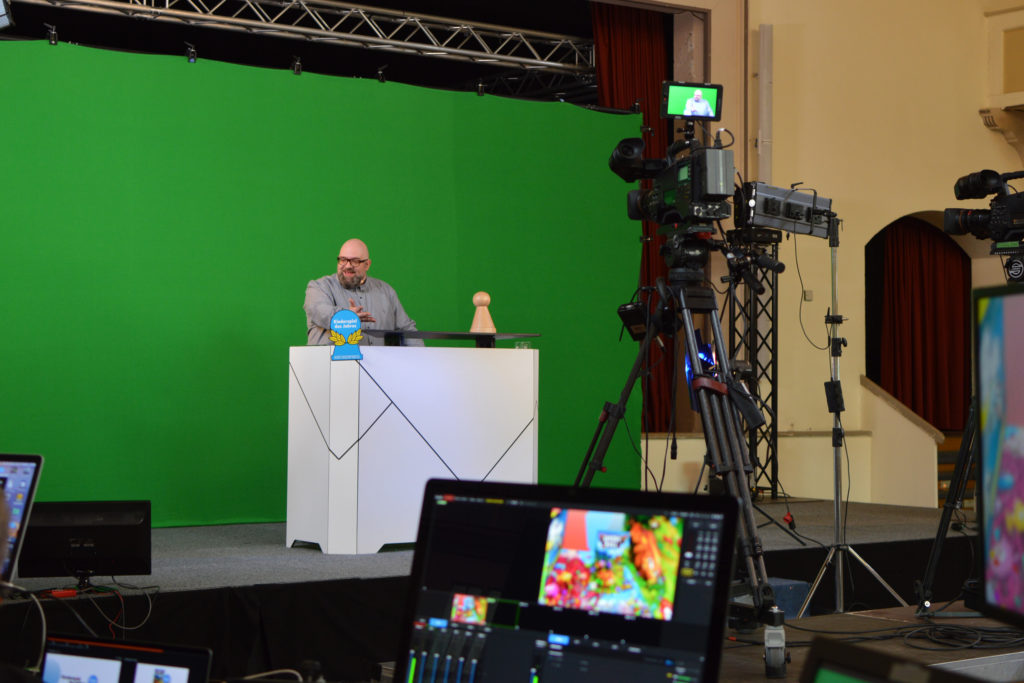 Christoph Schlewinski on stage in the studio

In the online stream Schlewinksi switched live to publishers as well as to the authors of the nominated games “Foto Fish”, “Wir sind die Roboter” and “Speedy Roll” to Germany, Russia, Austria and Lithuania before the jury’s decision was announced.

Urtis Šulinskas said that “Speedy Roll” was inspired by both children’s stories and hedgehogs in his garden. “However, I have never seen one with an apple on its back,” he said.

“In Lithuania, the ‘Kinderspiel des Jahres’ award is best known in the gaming community, but families also know the award. It is well known and appreciated.” 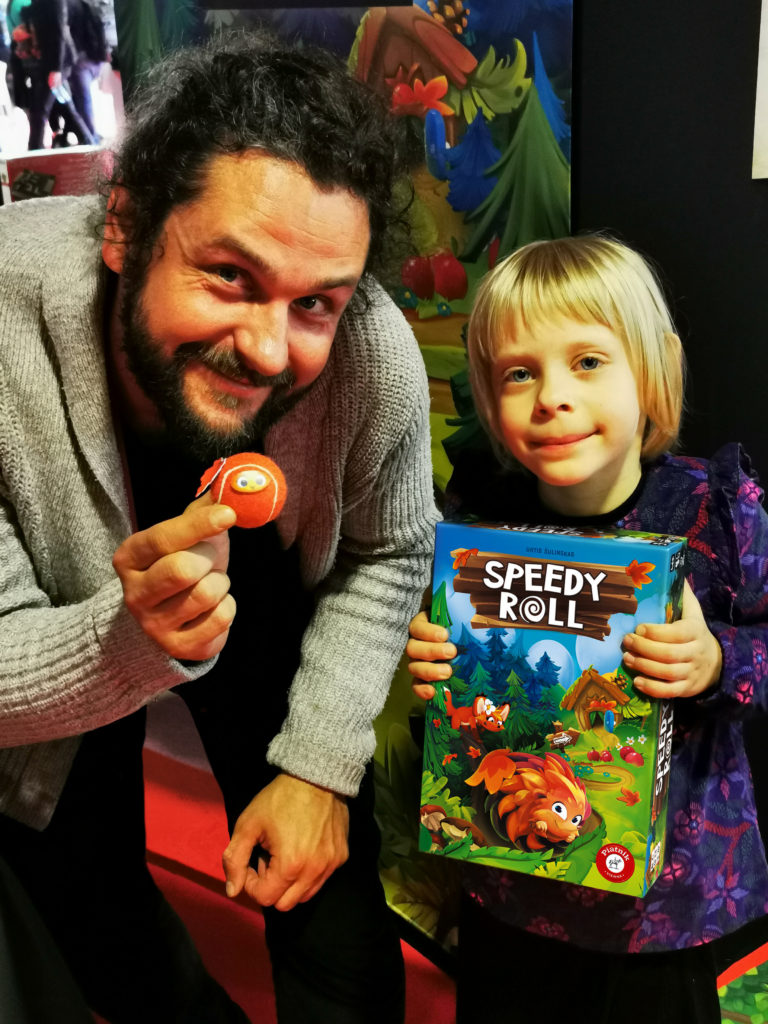 “We have loved the game from the very beginning”, said Alexander Peshkov, managing director of the publishing house Lifestyle Boardgames, after the winner was announced. Author Urtis Šulinskas was delighted:

“It is a great honour to work in this profession and to be appreciated in this way. I love board games and what they can teach children, and the award reinforces these feelings.”