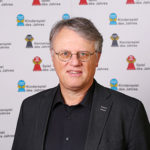 People want to have shared experiences – even and especially in these times when we are spending too much time in the house. This is one reason why this year board games are coming to the table more than ever in many of our homes. There have been over 300 new German-language games in the shops over the past twelve months – and we have been scrutinizing these intensively. And it still has to be said that the quality of the games has been increasing consistently for years: games designers, illustrators and publishers have been doing excellent work, for which we are sincerely grateful.

Fortunately we had received almost all of the games before the introduction of restrictions on contact due to Coronavirus, so that just like in previous years we were able to play countless games with groups at fairs and events, with families as well as with neighbours and colleagues. There was one type of game, however, that this wasn’t possible for: the so-called legacy game. Legacy means that individual elements and personal progress are passed on from game to game. The majority of jury members didn’t play with different groups but rather completed up to 24 games with the same group of people – until all the envelopes were open and all the stickers stuck down. “My City” and “The King’s Dilemma” are the two nominated legacy games, both of which keep players engaged and having fun throughout the entire story.
The two co-operative games in our selection also offer a campaign mode for players to progress game by game. While “Kitchen Rush” is a real-time game that transports us to the hustle and bustle of a restaurant, the nominated game “The Crew” is a type of trick-taking puzzle. Despite “The Crew’s” very slim rulebook, it offers a genuinely tricky challenge for experienced players.

All in all it is the great variety of very different games that is immediately striking when looking at this year’s selection lists. There are very communicative games, such as the colour quiz game “Colour Brain” as well as the nominated “Pictures” which includes very unconventional components, such as building blocks, stones, pixels, sticks and string, allowing players to showcase their creativity.

The spectrum of more classical board games is equally diverse. The nominated “Nova Luna” combines a clever buying mechanic with an extraordinary puzzle challenge that guarantees long-term interest. “Draftosaurus” stands out due to its special drafting mechanic and “Little Town” is a pithy strategy game where we place workers onto the game board to make use of plots of land.

This year, dice hardly play a role in our selected games. Instead, it’s a deck of gradually revealed cards that provide the random chance factor in “Cartographers”. This nominated game is so engaging because it transports the player to its own world and gives us the sensation of drawing a map of a real location.

Completing the line-up is the demanding “Res Arcana” with its decks of cards and magic resources, the refined two-player trick-taking game “The Fox in the Forest” and the very accessible bluffing game “Spicy”.

Alongside the previously-mentioned legacy and campaign games, there is a second trend that has come to our attention. There is an increasing number of very demanding board games that are finding an increased audience of players who gladly spend two to three hours playing and who don’t shy away from complex rules systems. “Paladins of the West Kingdom” and “Underwater Cities” are two representatives of a section of games that have come to our attention this year because of their exceptional quality and whose contribution to games as a cultural asset cannot be overlooked.

On the whole our recommended and nominated lists includes games for every occasion, every taste and every player count. Four titles also offer a solo mode so that you can play along even if it’s not possible to find an opponent.

The German-language “German-style game” is known worldwide as a trendsetter. However, at the same time we have seen an ever increasing internationalisation over the past years. This year too, games concepts are coming from designers – and unfortunately only two female designer – from across the world, which is a huge boost to board games in general. Nevertheless, four out of the six nominated games come from German-speaking designers. That shows that the home-grown game developers have done excellent work this year. On 20 July the decision will be made which of the nominated titles will win the Spiel des Jahres and Kennerspiel des Jahres awards.