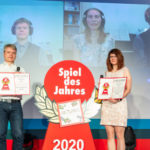 Even if, as the chairman of the Spiel des Jahres association, Harald Schrapers, emphasised in his speech, everything will be different in 2020: “We have decided not to skip this award ceremony. Because we owe it to the cultural asset of the game. Nevertheless, this year’s award ceremony took place on a smaller scale than usual. Instead, numerous authors of the nominated games from Brazil, Italy, the Netherlands and Germany participated via video conference. “Once again, the wide range of games was impressive,” said Schrapers. A special tribute was paid to the game author Klaus Teuber, whose classic game “The Settlers of Catan” celebrates its 25th anniversary this year, with a very emotional video clip by jury member Julia Zerlik.

➜ Watch the picture gallery from the event 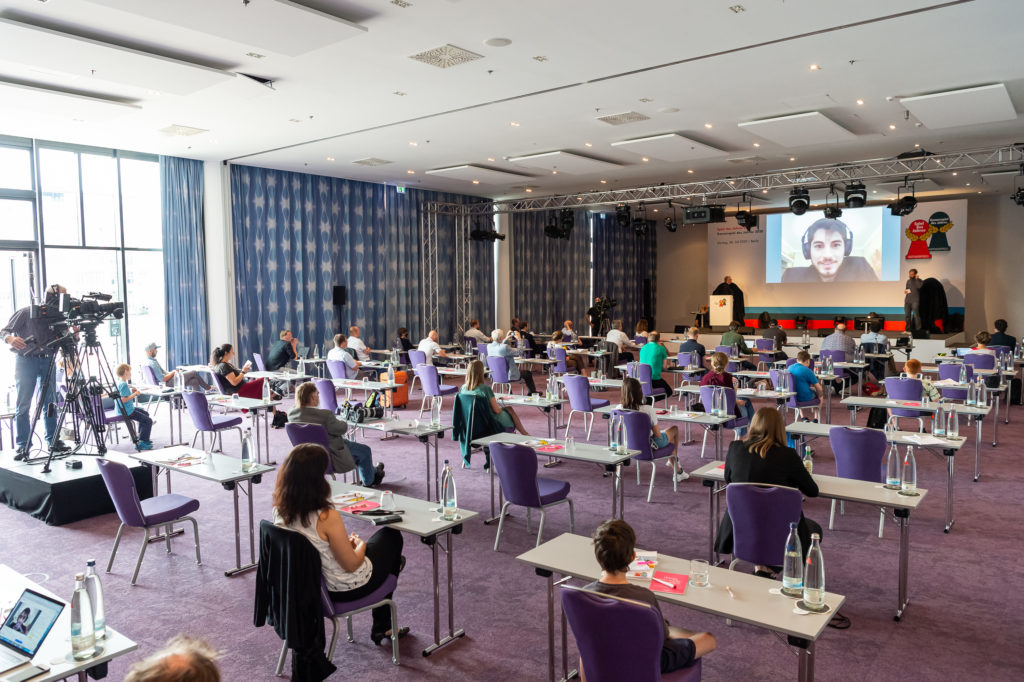 A ceremony in Corona times: Keeping distance and streaming

Grown up with the red pawn 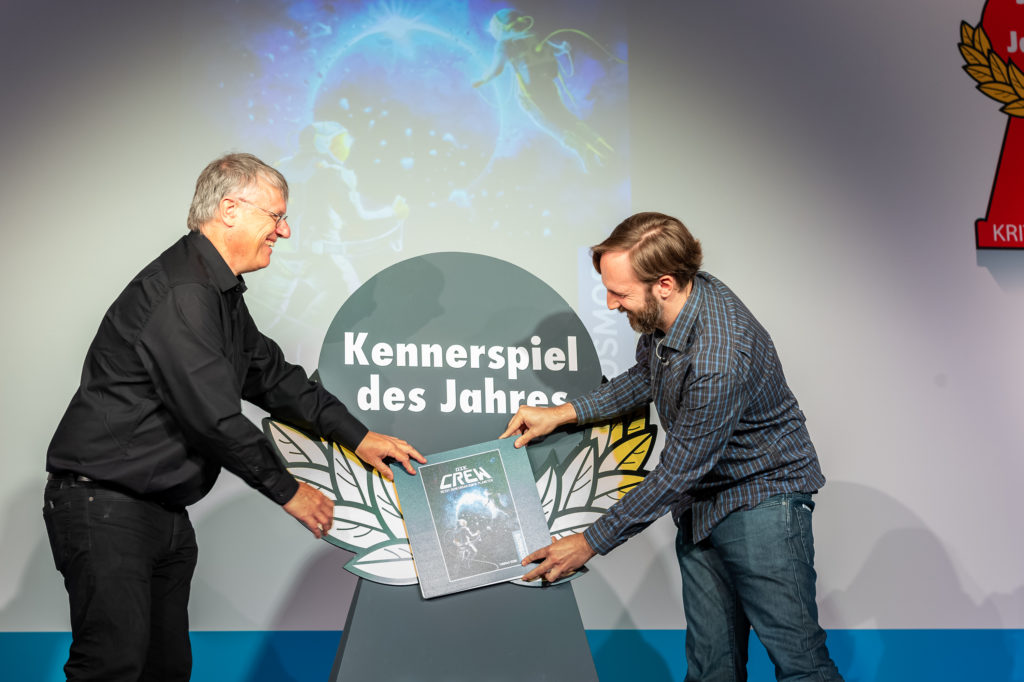 At the event, which took place in the nhow Conference Center beside the Spree in Berlin, “Die Crew” (“The Crew”, published by Kosmos) by game designer Thomas Sing was awarded the title of Kennerspiel des Jahres 2020. The central game mechanism is that of a trick-tacking game–but it is intended as a cooperative game in which communication is restricted. “For me, communication is the heart of the game,” says Sing. The space theme of “Die Crew” has a real inspiration: “The game was created when everyone was talking about ISS Commander Alexander Gerst,” says the author. In the jury’s statement, it says: “Hardly any other game before was able to capture the special charm of trick games so well.” 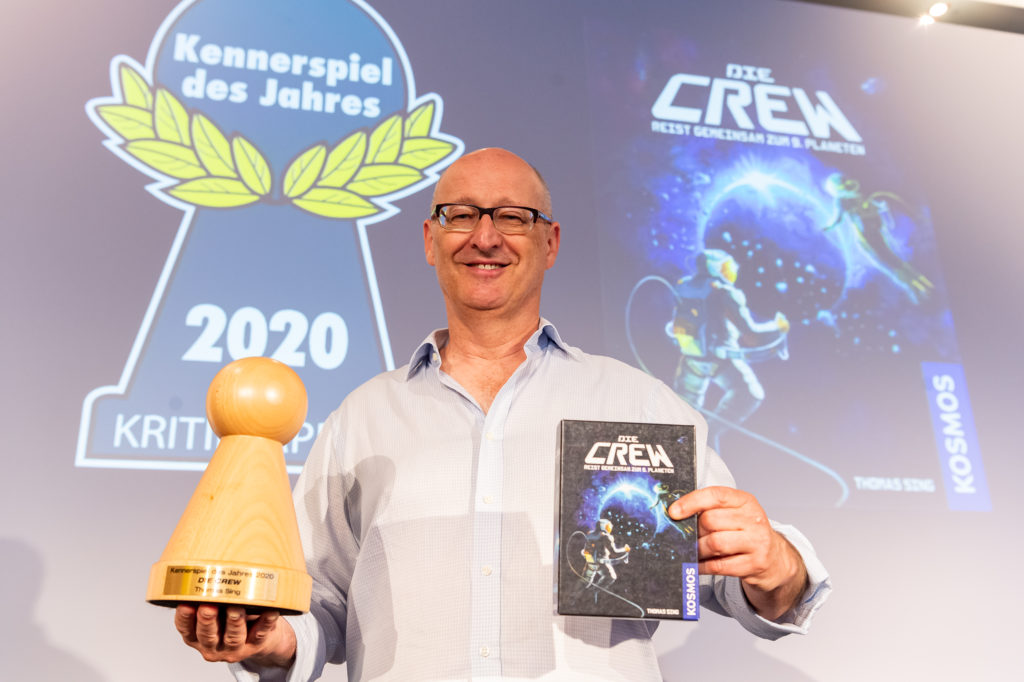 The Spiel des Jahres 2020 won “Pictures” (published by PD-Verlag) by the author couple Daniela and Christian Stöhr. The creative party game is about reconstructing photos from unusual materials such as shoelaces, building blocks, sticks and stones. “It was clear to us,” says Daniela Stöhr, “that the five materials would fit together perfectly.” In the jury’s statement, it says: “Each set challenges the players in a different way, and so the incentive to experiment is enormous.“ 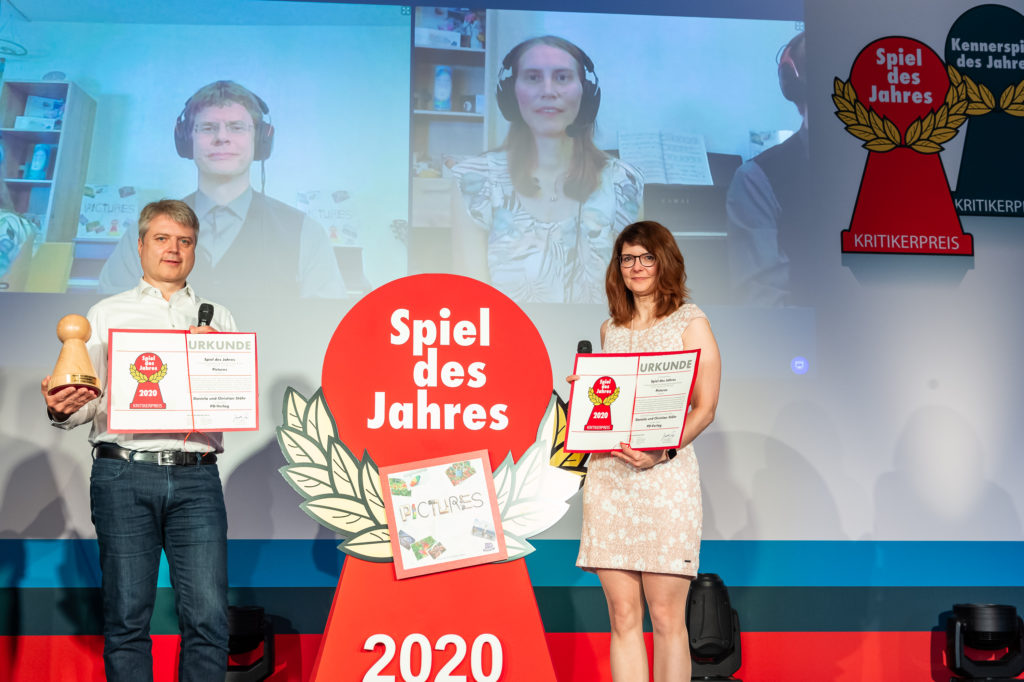 Peter Dörsam and Claudia Barmbold from PD-Verlag, in the background are Christian und Daniela Stöhr