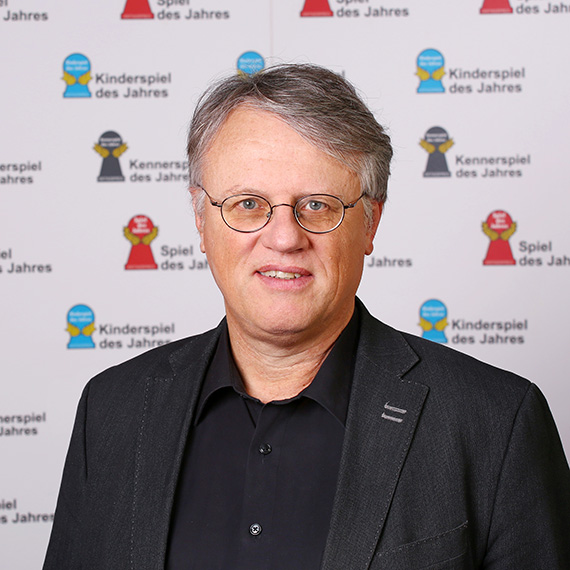 Born in 1964 in Duisburg, where he currently lives. In 1991 he began to write games criticism, starting with “Master Labyrinth” and his favourite board game of the time “Kremlin”. His games reviews (which since run into the hundreds) can all be found on www.gamesweplay.de.

In 1995 he won the heat for the Lower Rhine region for the German board games team championship. In the final round, in which the fascinating new release “Settlers of Catan” was played, he and his team came in last place and won the very special wooden spoon trophy. Since then he plays just for fun.

Between 2008 and 2011, Harald Schrapers, father to a daughter and son, belonged to the children’s games advisory council of the Spiel des Jahres association. Between 2000 and 2009 he wrote for Fairplay, since 2009 he has worked freelance for spielbox. His main occupation is spokesperson for two members of parliament and is an expert on matters relating to social and family politics.