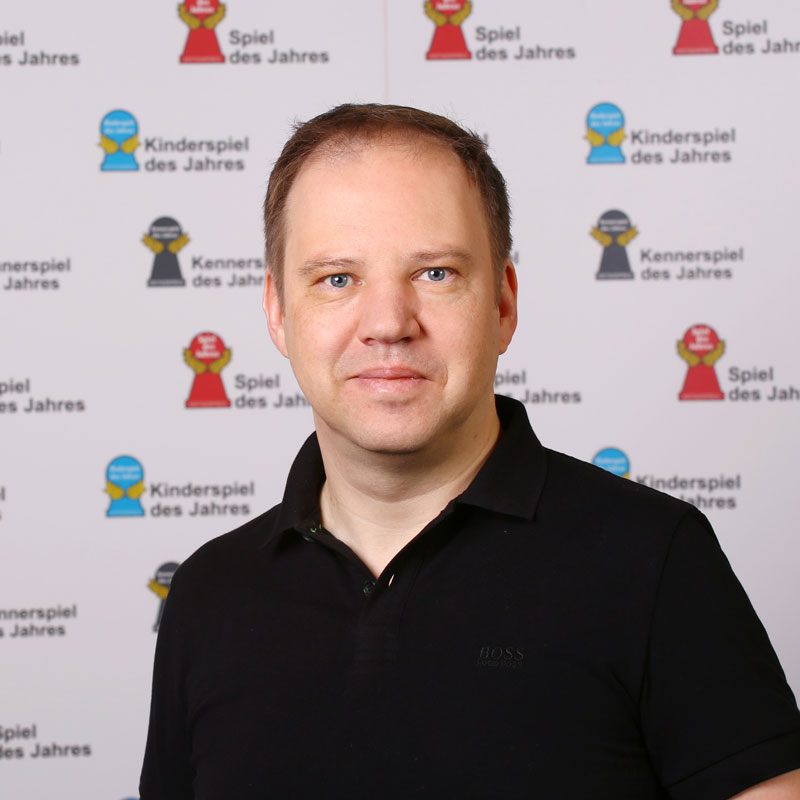 Karsten Grosser (born in 1971) is married with two children and lives in Melle near Osnabrück. Since 2005, the mathematician has been working as an editor for the publishing house of the “Neue Osnabrücker Zeitung (NOZ)”. Initially, he worked in the editorial office for the newspaper, later in the digital editorial office. Since 2020 he has been head of the local editorial offices of the “Meller Kreisblatt” and the “Wittlager Kreisblatt”.
As long as he is with the NOZ, he is writing about games. His reviews can also be found in his blog www.spielekenner.de and in the magazine „Spiel doch!“

Playing has always been one of Karsten Grosser’s passions. He grew up with classics and played: “Rommé” with his grandparents, “Canasta” with his parents, “Chess” with his brother as well as “Risk” and “Stratego” with his cousins. The first contact with Spiel des Jahres was made in 1981: with the prize winner “Focus”, which was probably under the Christmas tree. In 2010 he was then allowed to vote on the prize winner himself for the first time.