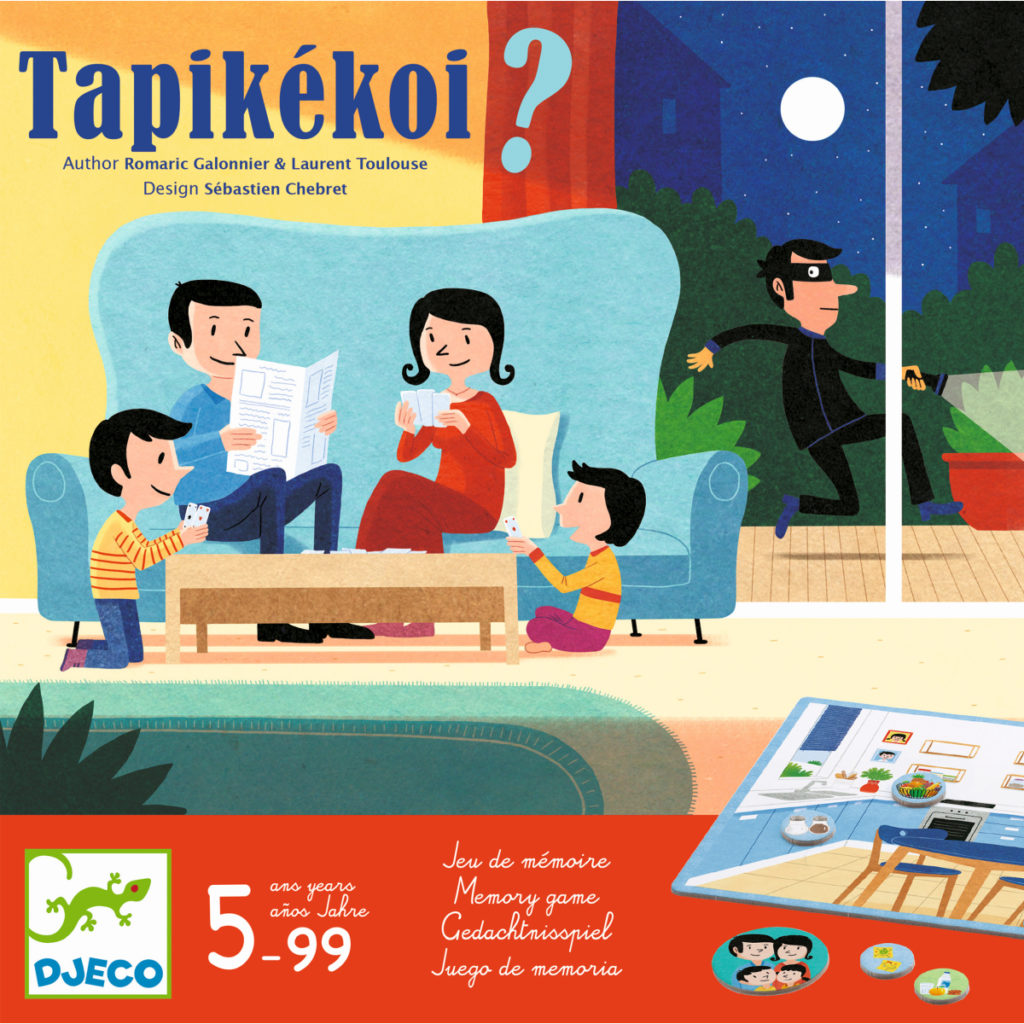 “Tapikékoi”? Or “Tu as piqué quoi?”, which is French for “What have you pinched”? That’s what the players are trying to find out. This cheekily illustrated game depicts a picture book family idyll: father, mother, daughter, son and a perfect home. Four tableaus depict the kitchen, bedroom, garden and living room, while small cardboard chips representing relevant objects – such as plates, newspapers, a chessboard or a wheelbarrow – are distributed across them. But something threatens this peaceful idyll: as soon as night draws in, the thieves arrive! Children take it in turns to play the family. They close their eyes for ten seconds, during which time something is stolen. Now the family-player has to spot exactly what’s missing, turning this reverse hiding game into a charming memory challenge. 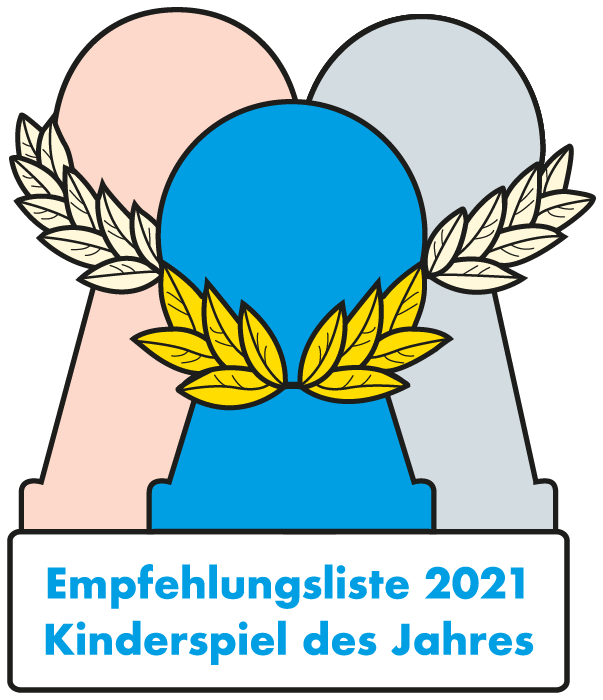 by Romaric Galonnier and Laurent Toulouse