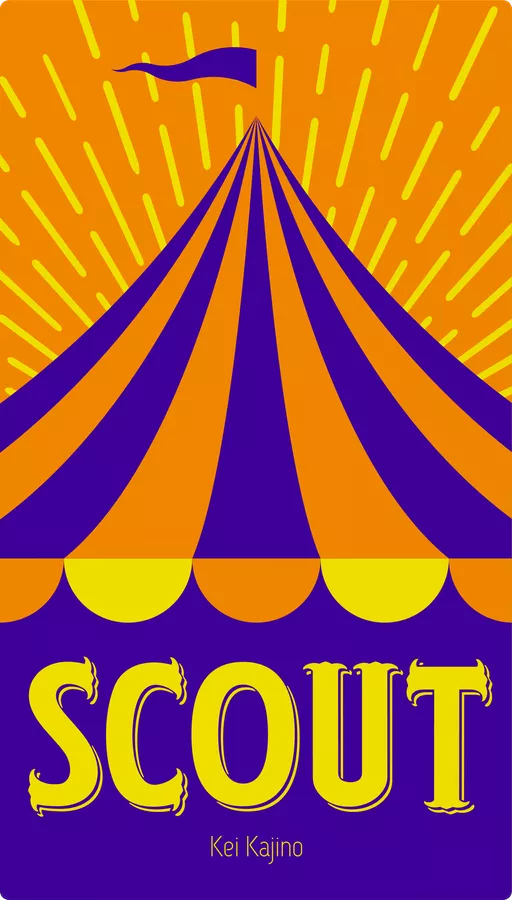 You can well imagine that even in the colourful world of the circus there’s fierce competition for the best talent. That’s certainly the case in this card game, where we take on the role of talent scouts, looking to pinch the best performers from our opponents to add them to our own circus. Although this scenario exists only in our heads and isn’t depicted visually on the playing cards themselves, it doesn’t spoil any of the fun. The simple game mechanics just work so well: we have a hand of cards that can’t be changed or re-ordered from which we attempt to play the longest runs or the most identical numbers as possible, creating the most spectacular show. To help us out we can add new performers to our hand in any position, creating new possibilities and new plays. Each new act played onto the table has to beat the previous circus troupe. The first player to turn all of their hand cards into astounding performances wins the current round.

Your heart will turn somersaults if you manage to cleverly prepare your hand of cards and deliver the perfect show at just the right moment. With its short playing time, and despite the undeniable luck factor, “Scout” never becomes frustrating. The game’s simple but effective core concept is so captivating that it will have players shouting for an encore well after the final act. 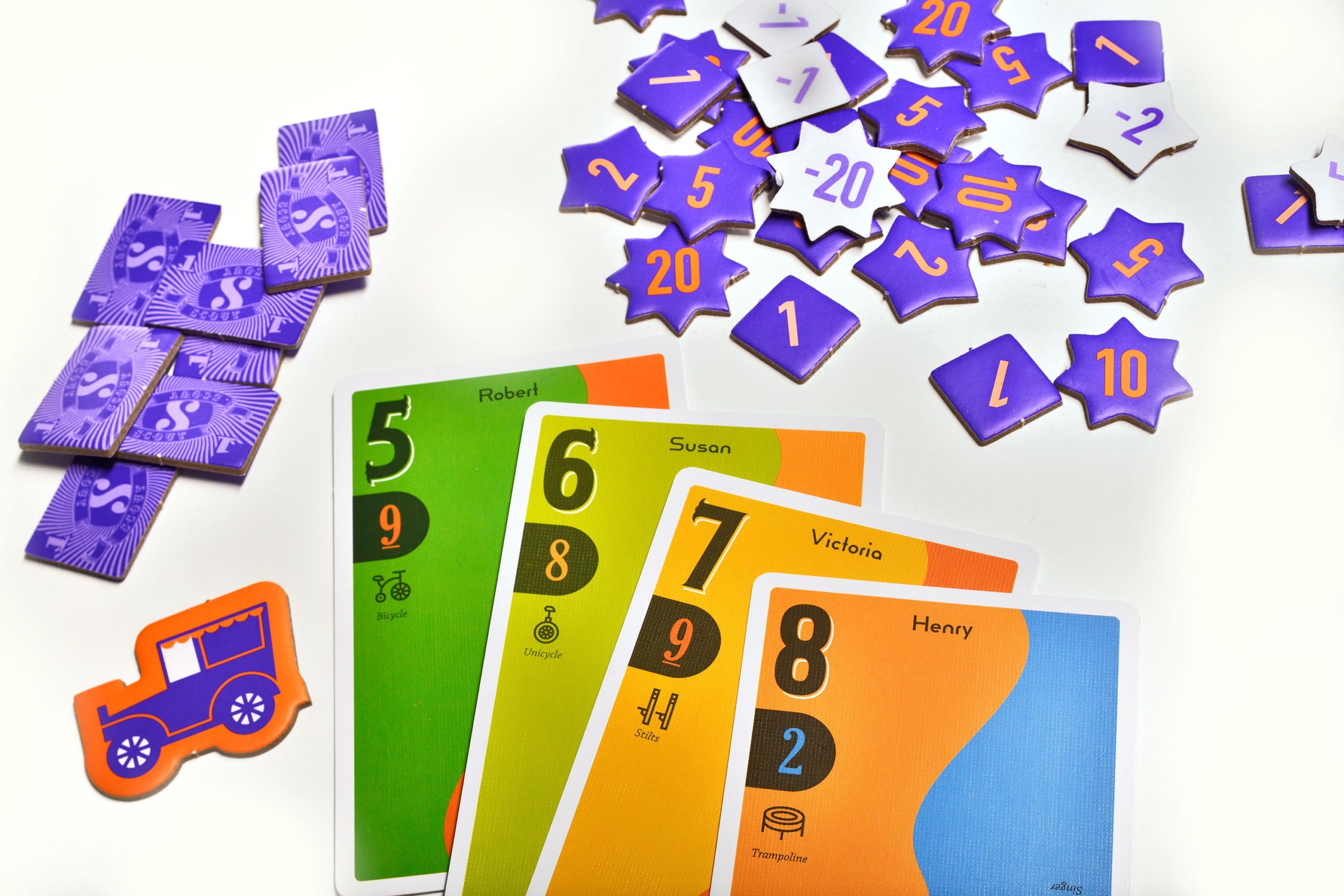 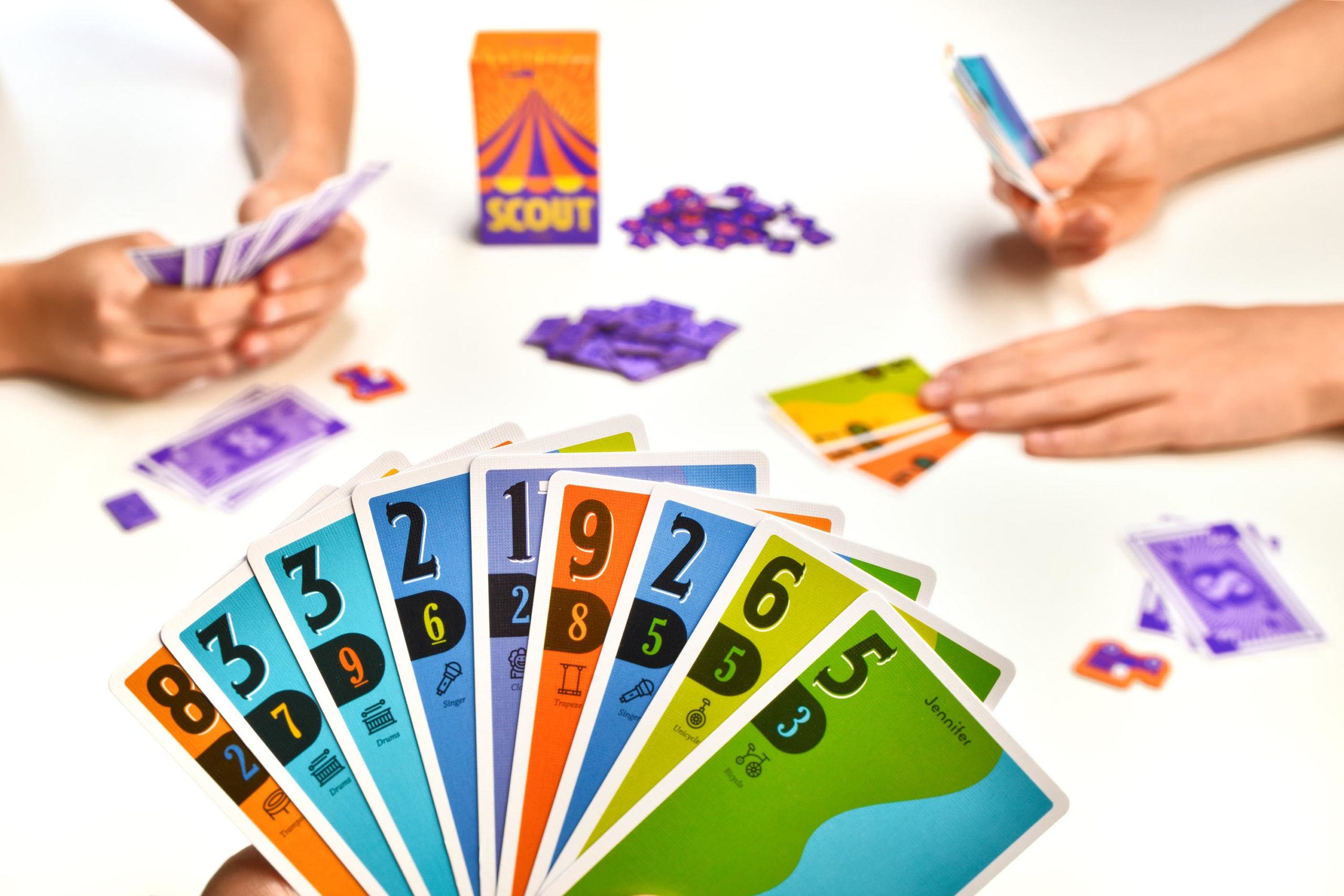 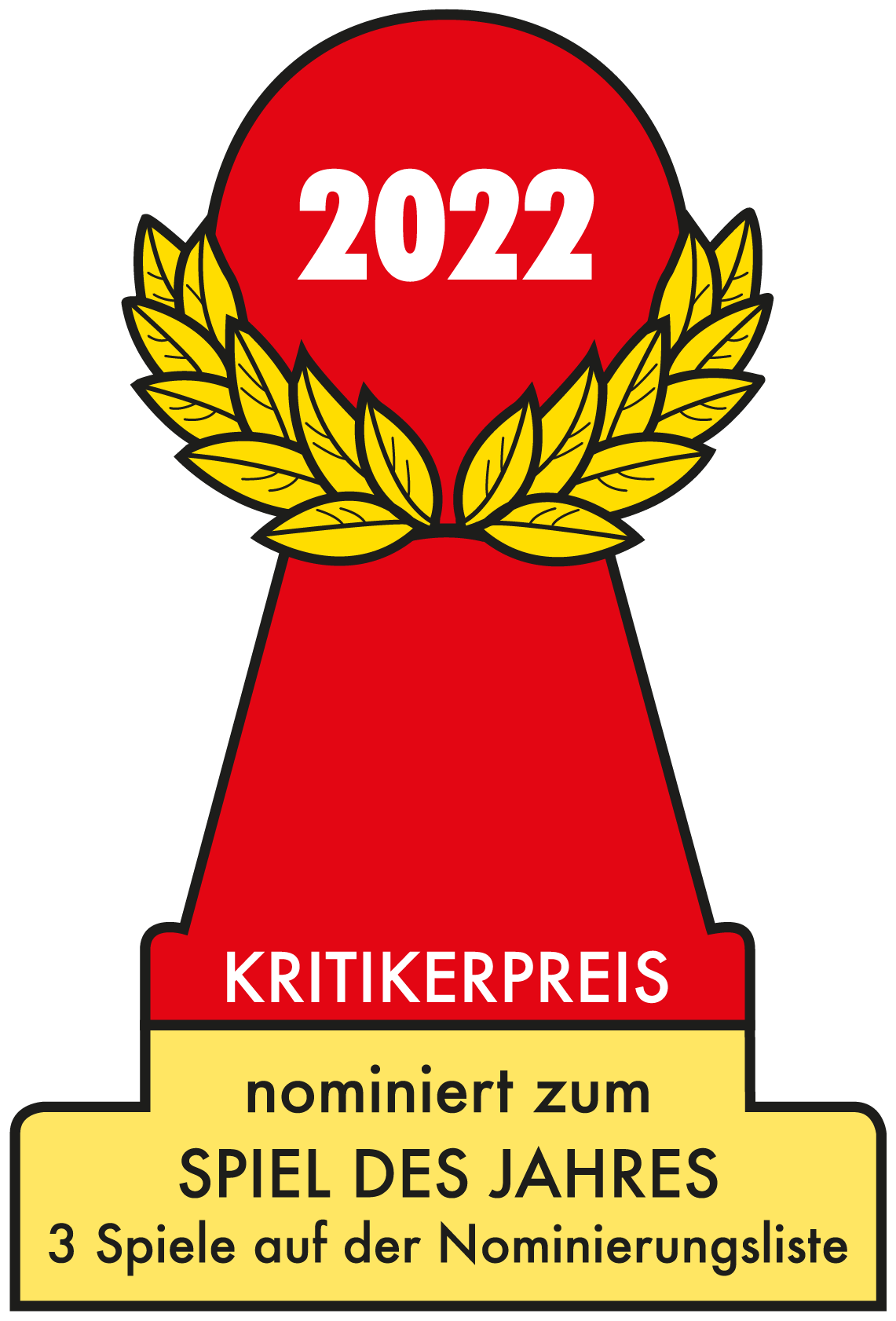 Deviating information of the publisher: for 2 to 5 persons, duration: 20 Minuten