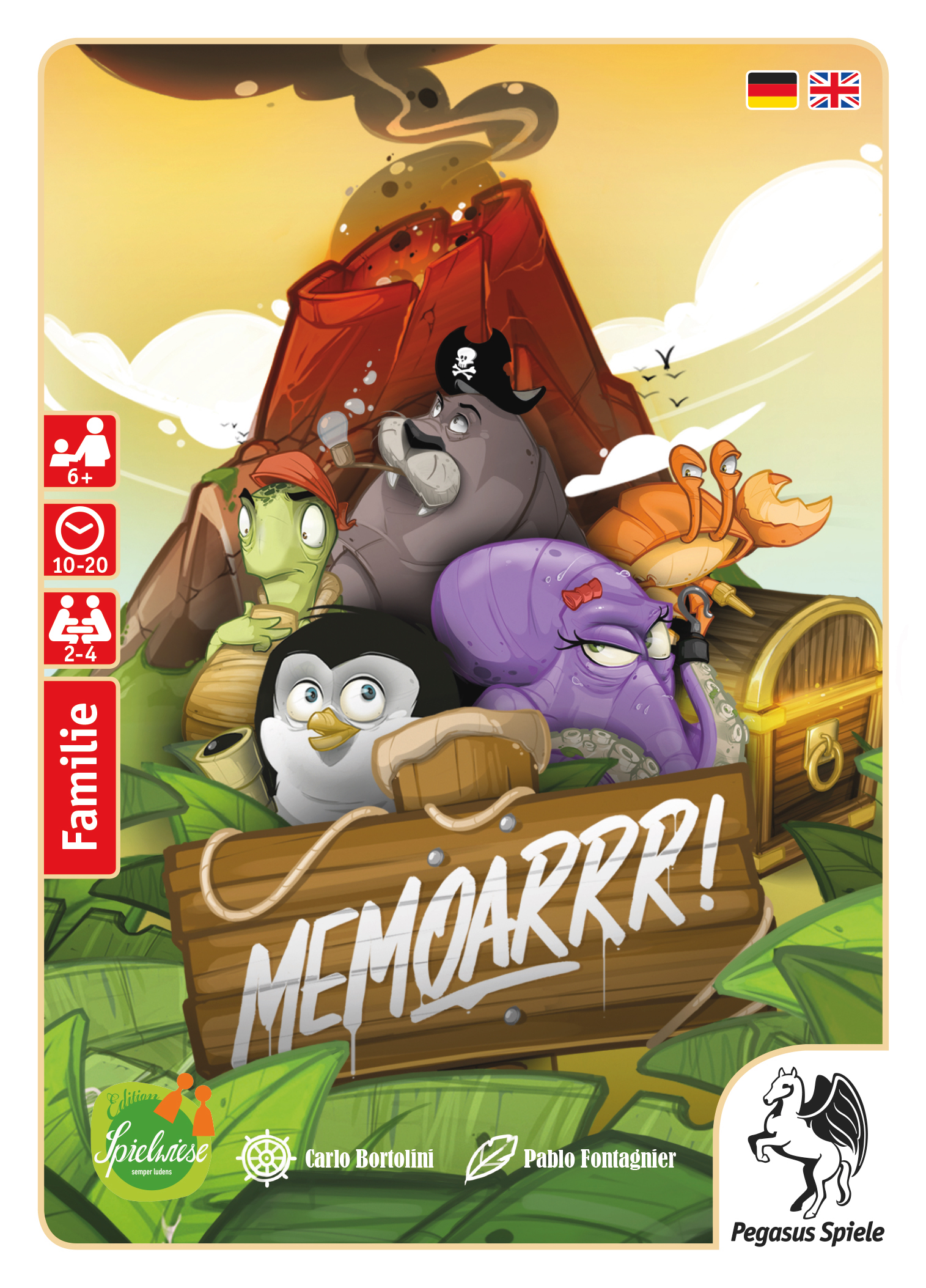 Ahoy there! When Captain Goldfish takes his treasure chest from its hiding place, the volcano in the centre of the island begins to spit lava. Quick: back to the ship! But where is it? In the memory game Memoarrr!, players can find the correct route by revealing a card in the grid that matches either the same animal or the same colour as the card previously turned over. If a player makes a mistake they are out of this round. The last remaining player gets a treasure chest. At the start of the first run-through, information is sparse. But players’ knowledge slowly increases – or at least it should – as the cards stay in the same place from round to round, they are just turned over again. After seven rounds, each player counts the rubies in their treasure chests to determine the winner. 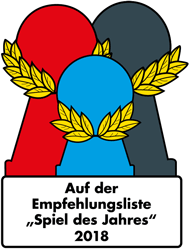 Different information of the publisher as of the 2nd edition: from 6 years on.