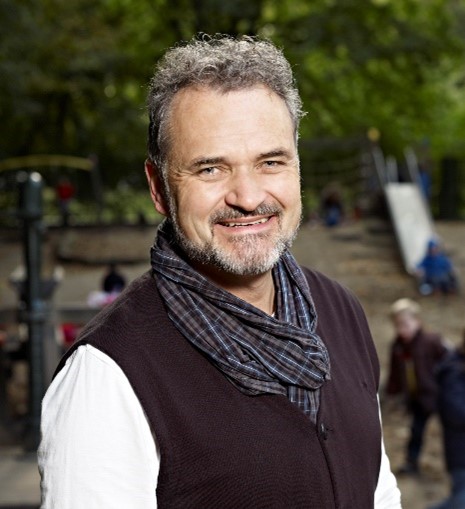 In 1967, he saw the light of day in the deepest Ruhr area, his hometown of Gelsenkirchen. He played card games with his grandparents, aunt and cousins from an early age.

After his training as a gardener, Volker Römke started playing regularly with physically disabled youngsters and his colleagues during his civilian service. He found his way to the Hippodice games club in Herne; there he started to get in touch with real games professionals who gave him access to more complex games.

Later in life, he decided to train as an educator at the city of Marl. Meanwhile, he also worked in the games library and spent a large part of his free time there.

Now he has been living in Cologne with his wife and daughter for a good 20 years. As an educator, he has been working in a day-care centre for 15 years, where he plays with 3- to 6-year-old children in any way he can. He also gets parents and colleagues into board game fever. Every day he looks forward to diving into old and new worlds of games with children.