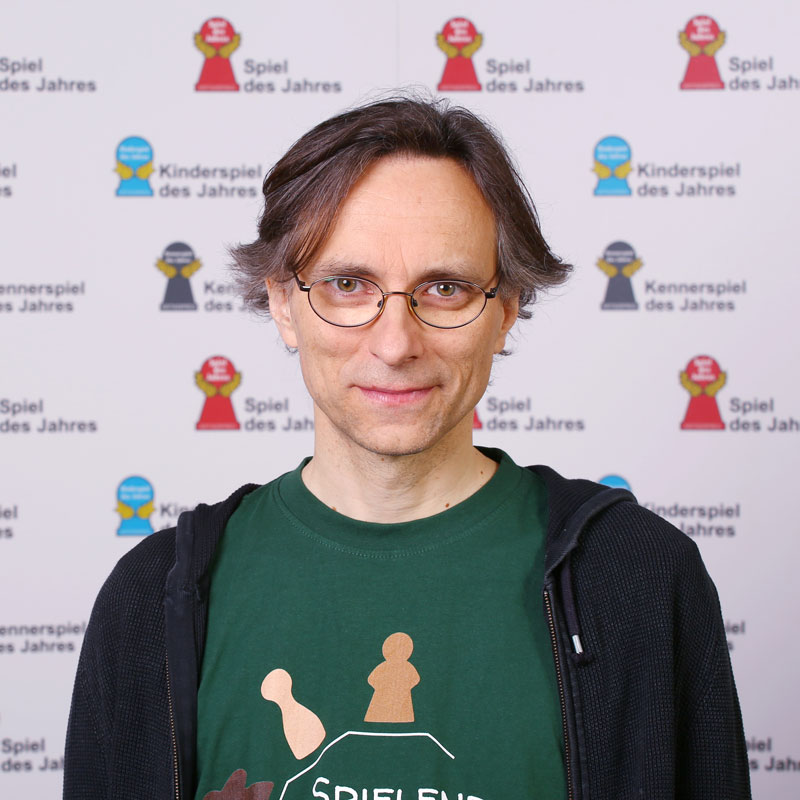 Born in 1968 and a gamer ever since. In his youth, this passion was kindled by his two older cousins, who also taught him how to be a good loser. He finally succumbed to games during his studies when, despite his best intentions, his path led back to his local games shop, instead of to the lecture theatre or library where he should have been.

That’s where two serendipitous discoveries were made: games that were outside the mainstream – and gaming magazines. As well as a sense of panic at the huge selection of games on offer. There was a lot of catching up to do after 19 years… Through an acquaintance with a games critic, he tried out games criticism for himself in 1997. First attempts were made in Spielerei magazine, from 1998 to 2007 he wrote reviews for Fairplay, then since 2007 he has worked for spielbox. He’s the chief editor of the Spiel doch! magazine since 2015. From 1999 onwards he has also written reviews for daily newspapers, other print media and in his blog.