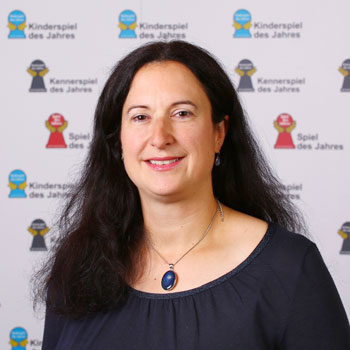 A weekend without meeting friends or family for a game is rather rare for Stefanie Marckwardt, born in 1974 and married. She plays an eclectic mix of games, from strategy games that last an entire evening through raucous party games to children’s games, according to the mood and who she is playing with.

Raised in Berlin, she studied pedagogy and worked as a primary school teacher around Berlin. She used games very effectively in her lessons, so much so that her pupils didn’t notice that they were learning at the same time. Since February 2013 she has run a weekly games group at a primary school in Brandenburg. In the summer of the same year she began writing reviews for Hall9000.

Thanks to her two sons and their friends, she always has a “test audience” of an afternoon. The little ones always want to play GAMES!, as it seems that, fortunately, her gaming gene has been passed on to the next generation.