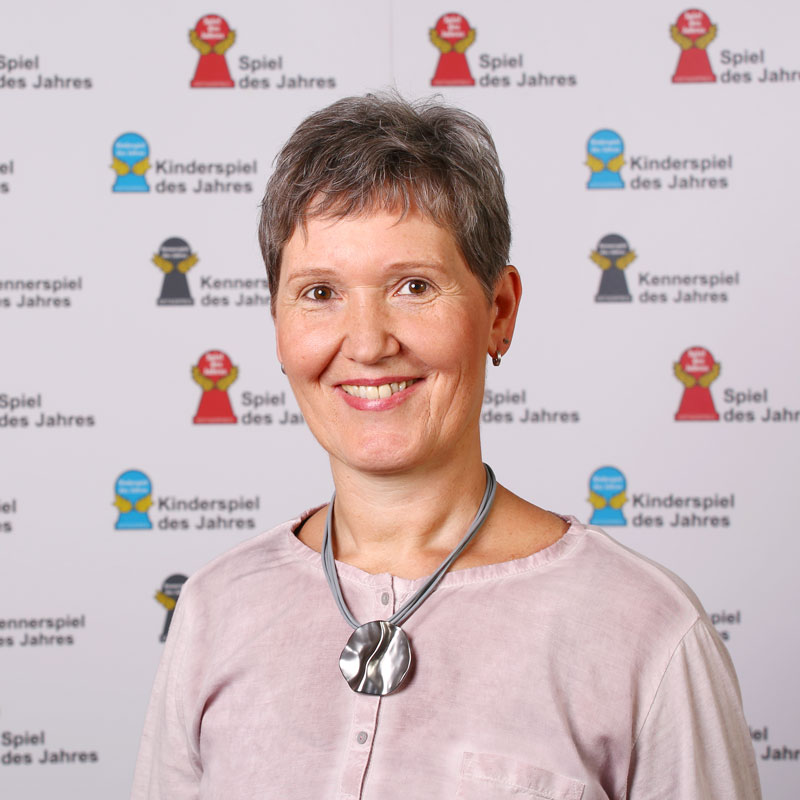 Born in 1968 in Lower Austria. After school and teaching studies, she travelled around the world doing occasional jobs. In 1994 she settled in Germany’s hospitable Pfalz region, where she worked teaching word processing and office economics.

In her new home, she made first contact with the games library in Mannheim and with the Hall900 magazine. To start with, this was just so she could indulge herself in her hobby but gradually she got involved writing reviews for the Hall900 website, mostly for children’s and fantasy games. Since 2006 she has worked for the site as an editor.

It is her desire to introduce the hobby of board gaming to as many people as possible and that’s why she almost always carries a small game in her bag: who needs lipstick and nail polish when they can take a good game with them instead?