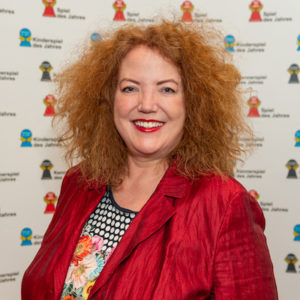 Maren Hoffmann, born in Hamburg in 1968, is a full-time editor in the Job and Career department at Der Spiegel. She studied philosophy and German language and literature at Heinrich Heine University in Düsseldorf – at least when she wasn’t plundering dragon hoards with her fellow students, scavenging for new boxes at flea markets and game stores, or collecting raw materials on the hexagonal squares of the “Catan” cosmos.

The topic of board game criticism has accompanied her since the mid-1990s, when she repeatedly wrote about board games and their authors in regional newspapers. Today, she writes reviews and columns on the subject for Spiegel and the trade magazine spielbox, among others. There are also interfaces with her main profession: team cohesion, leadership skills and personal development are topics that can also be developed through playing together. Maren Hoffmann lives, plays and works near Hamburg and in Freiburg and has various gaming groups in both places. Most of them are voluntary, but she also tries to get friends and acquaintances to play on evenings that are actually planned differently. Often with success.