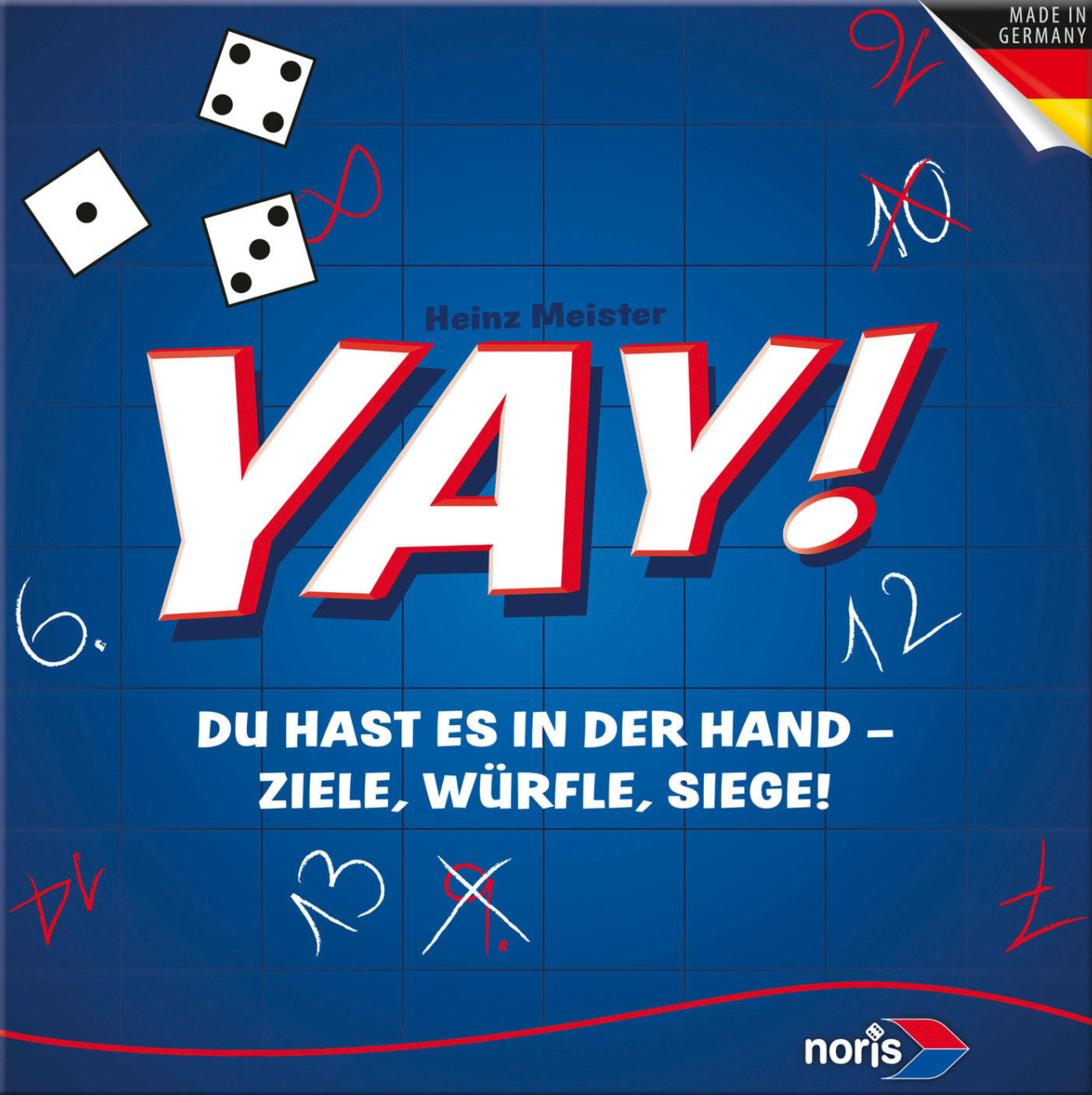 In this dice game the players need not just luck, but also deftness in throwing the dice. Not just the number of pips, but also the position of the three dice in the wooden arena is important. The sum of the pips may only be entered into those of the 64 squares on the board that are touched by one of the dice. Additionally, this sum must be greater than the values already noted in neighbouring fields by the other players. Whoever achieves this can use a coloured crayon to cross out the competitor’s numbers. However it lies in the nature of playing with dice that the best laid schemes often go awry. Trying to improve one’s throw may risk having one’s own entries crossed out. In the end the most accurate dice thrower with the highest valid point count wins.