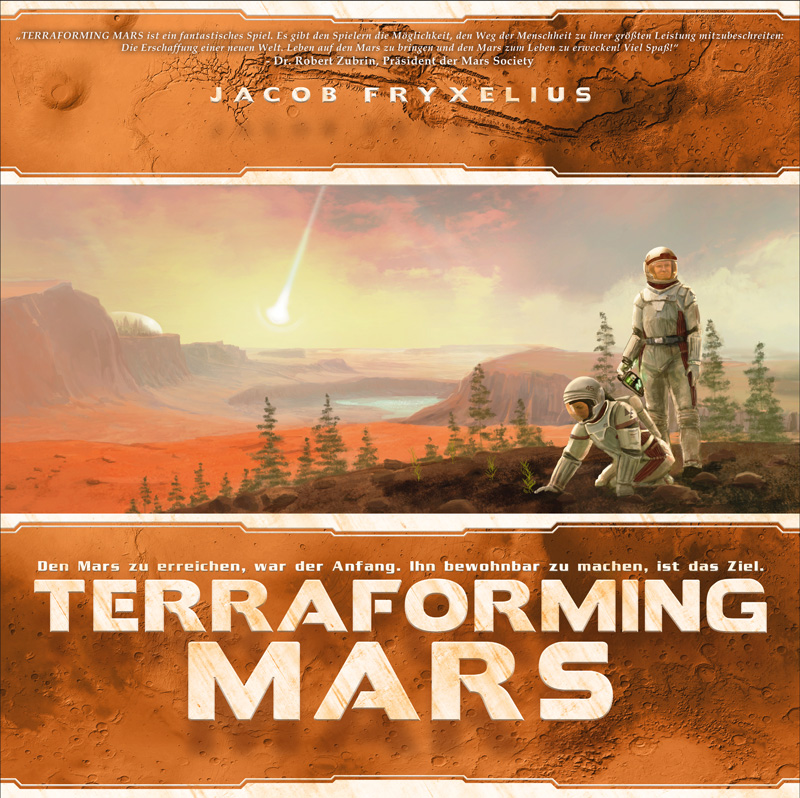 Corporations want to transform Mars into a planet resembling Earth. To do that, they’ll need to raise the temperature, increase oxygen levels in the atmosphere and create oceans. Increasing one of these parameters will also increase not only your Terraform Rating and therefore your victory points but also your income. You’ll need this money to invest in projects to advance the terraforming process. Making use of the project cards is the central mechanism of this ambitious strategy game. Ramping up the production of various resources will allow you to build more cities, create green areas and introduce life forms. Science-fiction? “Terraforming Mars” is such a vivid recreation of the theme that it feels like the colonisation of the red planet is almost at hand.

Jury statement
“Terraforming Mars” simulates in phenomenal detail one of humanity’s boldest dreams: setting up a colony on another celestial body. Thanks to the integration of the game’s theme, every play feels like a real space adventure. The multi-layered mixture of economic development and scientific advancement is so fascinating that every player wants to be part of the real mission to conquer the red planet. 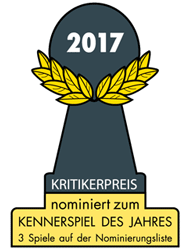