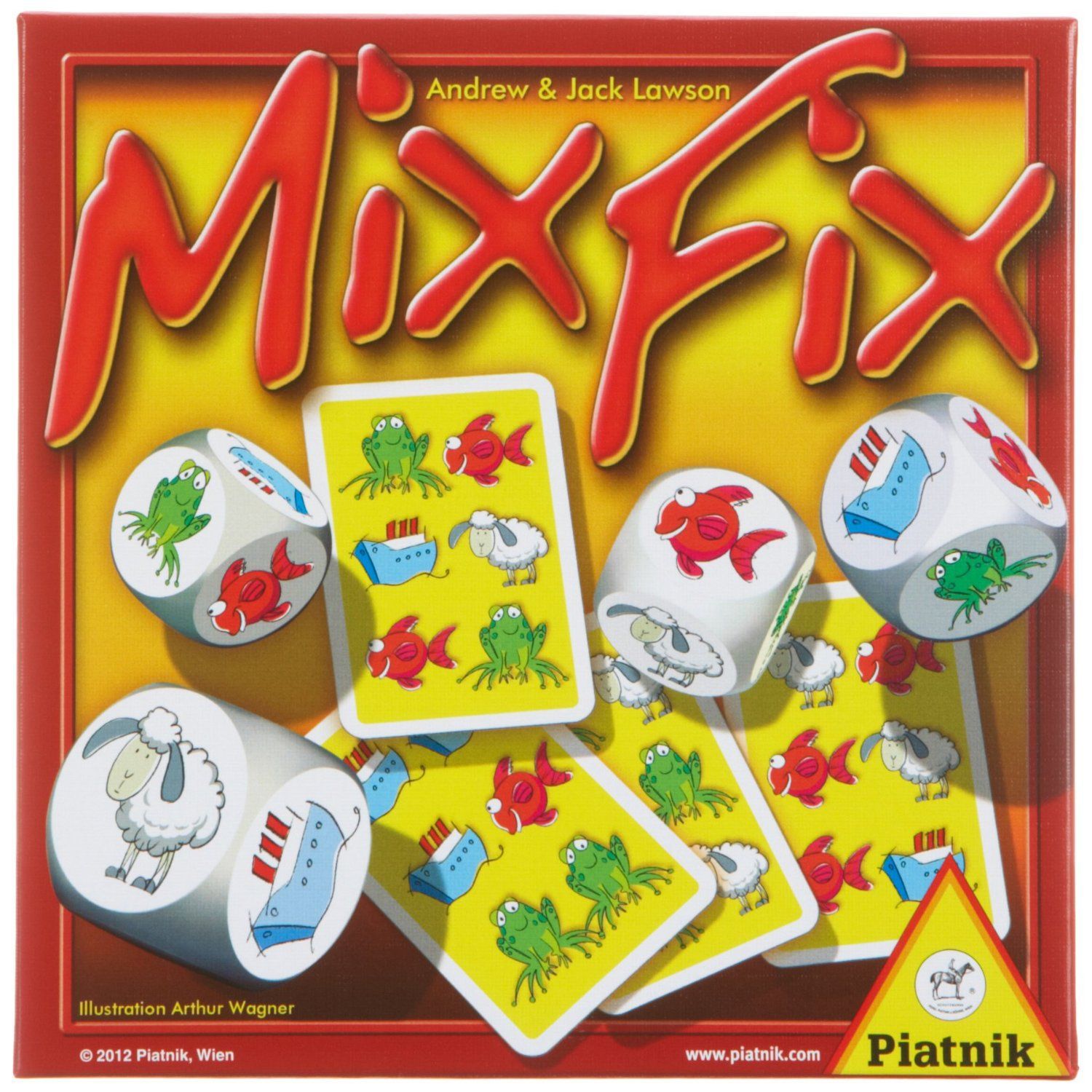 “Fishshipfishsheep”? Or is it “sheepfishfrogship”? Whatever. “Peter Piper …” is a novice’s exercise compared to the tongue twisters in the hilarious dice and concentration game “Mix Fix”. Here the dice and cards show pictures of fish, ships, sheep and frogs. Everyone is trying to get rid of cards as soon as they can, but this is only possible if one of the cards depicts the same combination as do the four dice. This calls for concentration – even more so, since one must then also pronounce the word correctly. To the delight of the others, even the best memory whiz may fail here. Its almost incidental who loses; players who can laugh at themselves always win out.