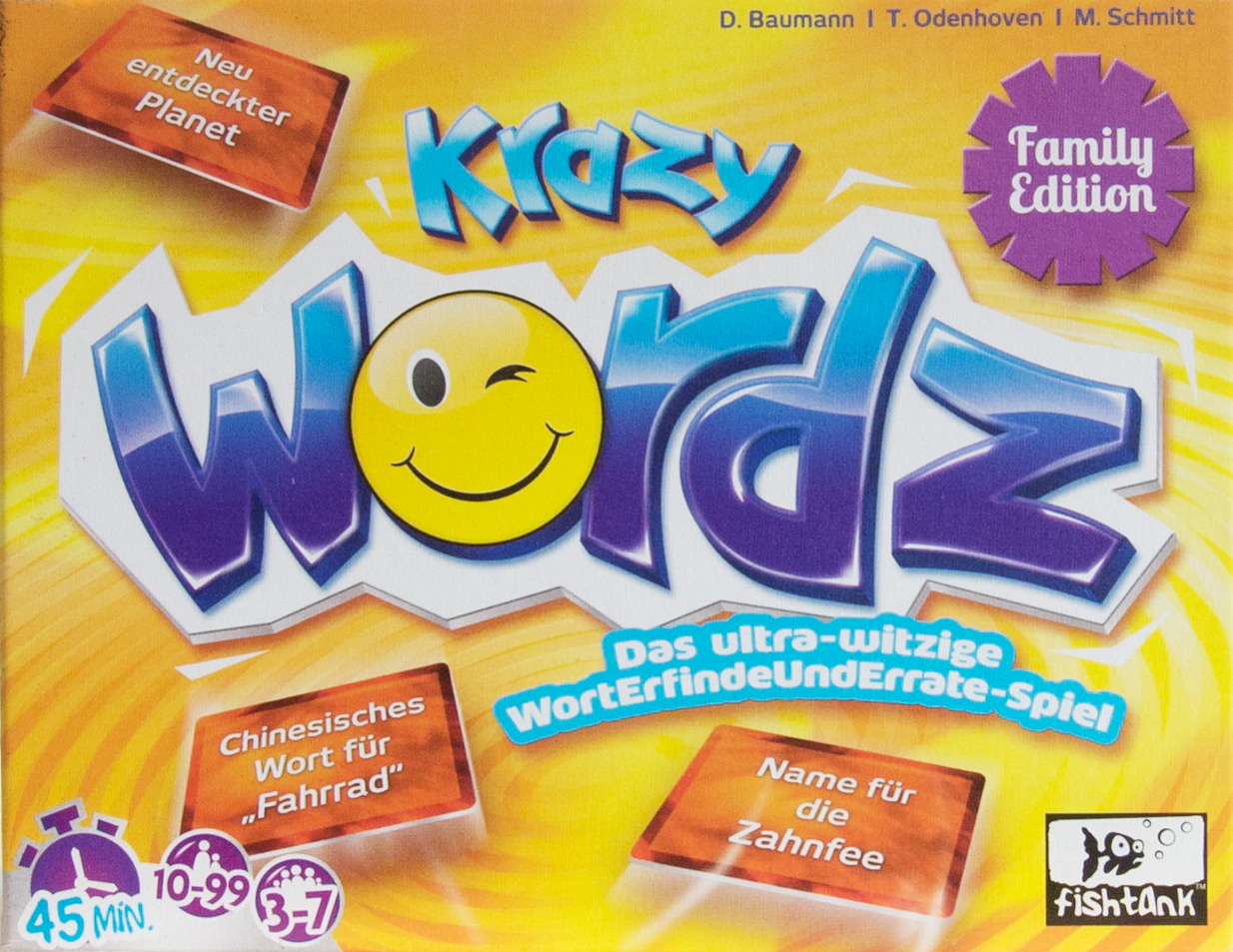 Neologism is the term for a newly-coined word. “Krazy Wordz” is an abundant source of such creative new terminology. Each round, players receive a spoonful of alphabet soup with vowels and consonants – as well as a secret task. In the family edition this is innocent: “A name for the tooth fairy” or “A river in Alaska”. The adult version gets a bit more near the knuckle: “Makes the Pope blush” or “Name of an adult movie star”. Everyone creates a word with their letters, reveals it and then everyone has to guess who had which secret task. So, is “Zadrata” a Chinese bicycle or “cheers” in Bulgarian? Over six entertaining rounds a whole heap of new and witty words are invented; words you won’t forget in a hurry.

Further information: The age recommendation refers to the "Family Edition". The recommended age for the edition "Not 100 % youth-free" is: from 16 years.
Fishtank is a brand of the publishing house Ravensburger.