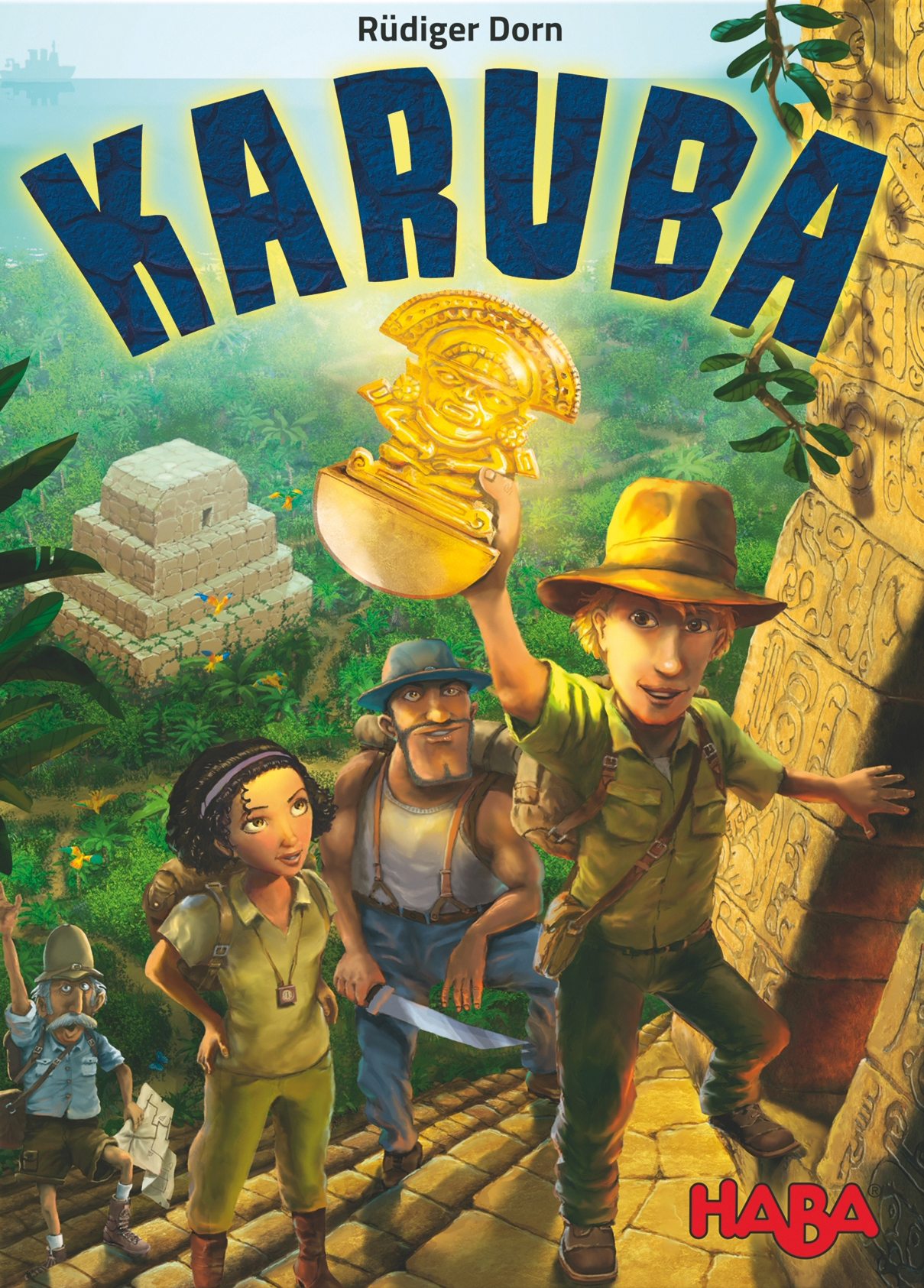 Adventurers come to Karuba in search of jewels, gold and ancient temples. To get to these treasures, players must move each of their four explorers from the beach through the jungle via their own pathways. To do this, players lay path tiles on free spaces on their own island cards – everyone uses identical tiles each round. But an extensive path network isn’t enough. Tactical jungle planners need a movement strategy. If you discard a tile you can move an adventurer forward. The more pathways are shown on the tile, the further you can go. And the earlier you reach a temple, the more valuable its remaining treasure is. But is it always a good idea to hurry ahead when the jungle can disrupt other adventurers and it means you might leave gold nuggets behind along the way?

Jury statement
Karuba adds an extra dimension to the principle of simultaneous tile-laying games; the dimension of time. Should I extend a path or move an adventurer towards a temple as quickly as possible? The classic tile-laying game is here turned into an exciting race. Thanks to the two options players have with each tile, Karuba distinguishes itself from similar games. Because it’s not all about speed – but about being a smart collector – Karuba is an ideal family game. 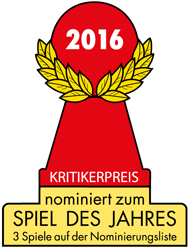