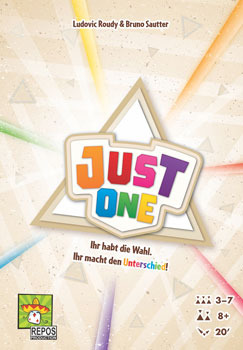 “Box”, “dice”, “play”, “fun”. What could these words possibly be describing? Easy: a board game! In the co-operative game Just One, one player has to guess a word. The clues aren’t provided by the game but by the rest of the players. Without discussing it with their teammates, each player writes down a clue they think will help guide the guessing player to the word. Before this player can see the clues, however, the clues are compared to one another and any duplicate words are removed. So in the example above, if the first player had also said “dice” instead of “box”, only the words “play” and “fun” would remain. It’s possible that the guessing player would still have gone for “board game” but maybe also something like “football”. Just One is a fun party game for everyone.

The genius of Just One lies in its simplicity. It stands out by creating an incredible magnetic attraction: playing it in public means that people will begin to stare, and then they’ll want to join in too. There’s no reason they can’t: the difficulty level is so low that anyone can begin playing straight away. It’s a flash of pure brilliance and enjoyment, where every round is a success and a lasting impression is left behind. 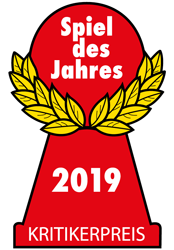 by Ludovic Roudy and Bruno Sautter