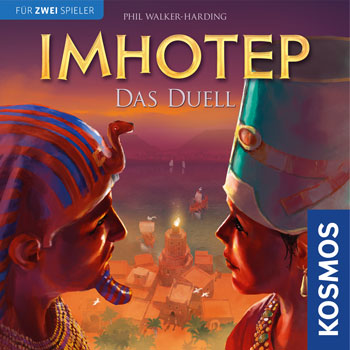 In ancient Egypt Queen Nefertiti and King Akhenaten are competing for building resources to build their monuments. They place workers in the nine spaces of the harbour grid in order to get new wares. As soon as at least two figures are present in a row or column, the corresponding ship may be unloaded. The position of the figures determines how the three boat tiles are distributed. In this tactical two-player game, the player who can cleverly place their workers doesn’t just get the building materials they need but also gains tempo, as they can profit from the ‘unload’ action of their opponent. Collecting special tiles and playing them at the right time will allow a player to triumph over their rival, with the construction of the impressive temple, obelisk, burial chamber and pyramids. 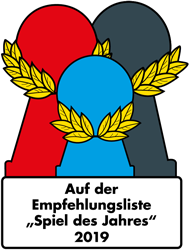