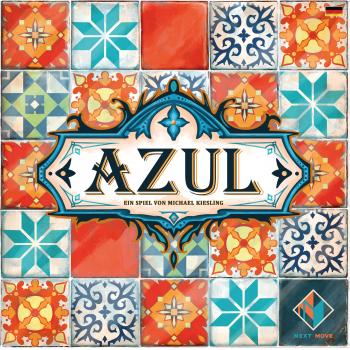 In the tactical tile-laying game Azul, the Portuguese King Manuel I commissions craftsmen to decorate the walls of his palace with beautiful mosaics. They can’t just use any old tiles: they need the so-called ‘Azulejos’. Beneath the simple action of laying tiles burns a fierce competition to pick the best tiles from the factories at just the right time. Each turn players have to take all tiles of the same type from one factory. Depending on the position in the mosaic, sometimes the craftsmen need a lot of tiles of one type to expand the mosaic, sometimes fewer. Whoever over-speculates and takes too many tiles will receive minus points. You can earn a lot, however, by tiling connected parts of the mosaic and by having completed rows and columns at the end of the game.

Jury statement
The abstract game “Azul” combines several supposed contradictions: the almost sober functionality of the game board is in marked contrast to the fabulous aesthetics of the mosaic being constructed. The feel of the tiles themselves increases the impression of value. The game components alone are a pleasure. The designer Michael Kiesling has succeeded in this masterpiece: giving so much depth to a supposedly simple selection mechanic, that you’ll want to play this again and again and again. 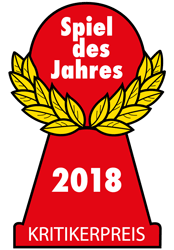