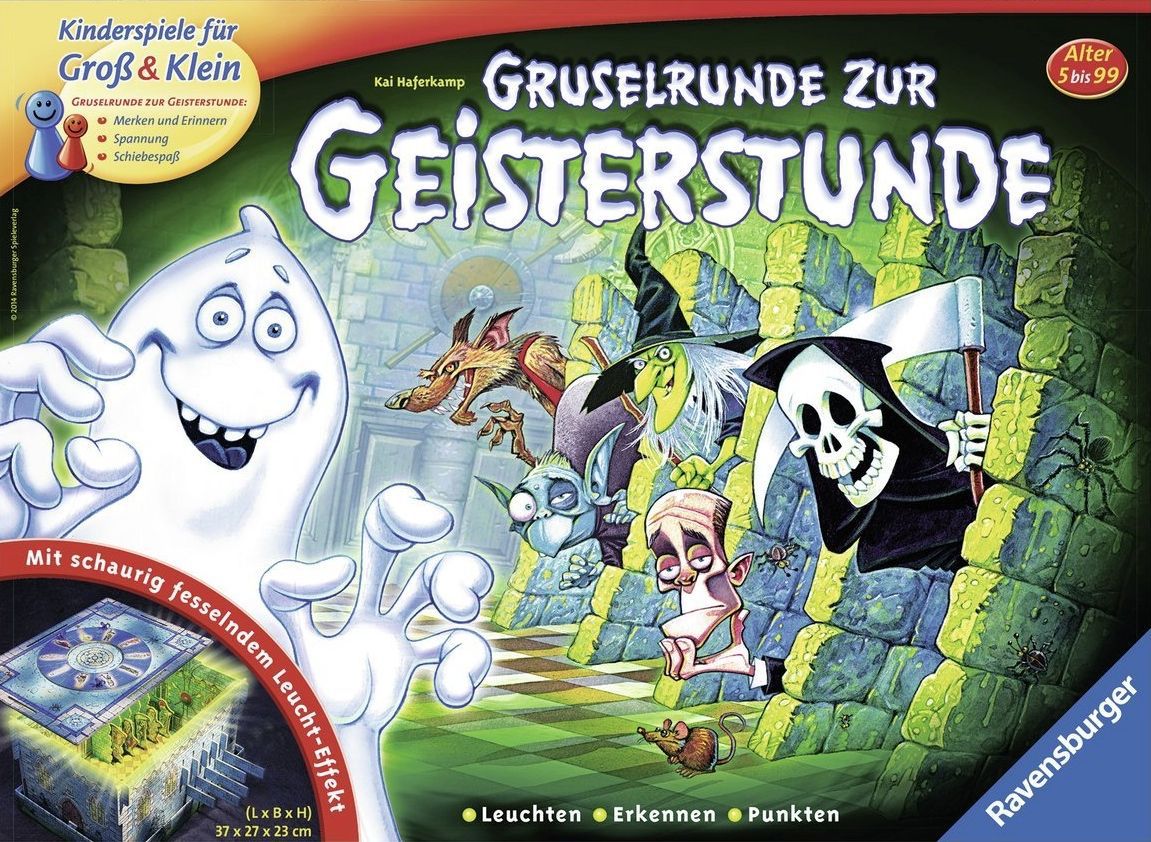 Just after the clock strikes twelve, up to ten frightening figures appear in Villa Schauerstein. Different ghouls are moved into a three-dimensional cardboard castle. The children memorise who is standing where. Once the roof is placed on top, the witches, vampires and co. are pushed outside with a wand, so that they disappear behind the walls. On their turn, the player pushes three required figures that they can remember, back into the villa. The other players bet chips to see if they’ll be successful. Peeking through a small peephole into the badly-lit castle reveals whether the player was succesful or not. The intricate components produce a dramatic atmosphere for this memory game. 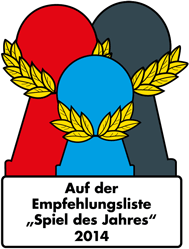