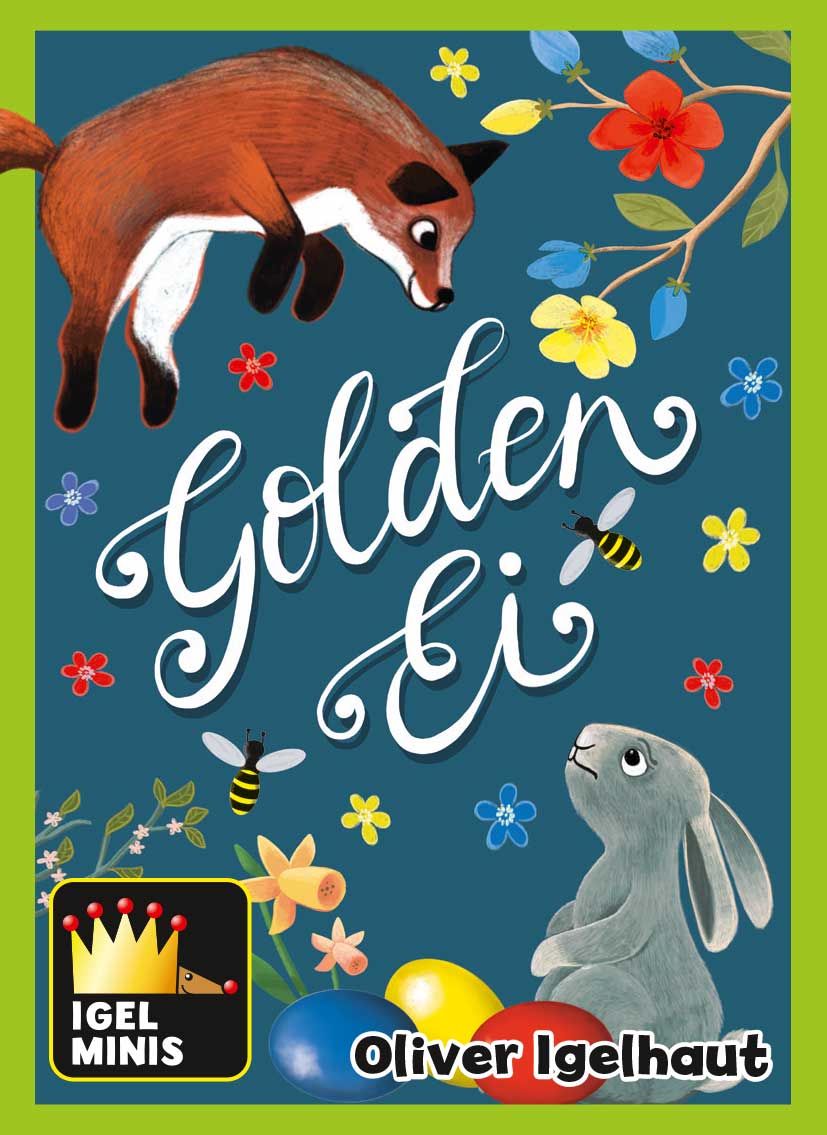 The Golden Ei has nothing to do with James Bond! It’s the name of the inn (the Golden Egg), the little band of bunnies are trying to reach to raise the alarm. A fox is on the bunnies’ trail in this co-operative race game. A series of cards forms the path to the inn and a coloured die determines which bunny moves – what happens next depends on the cards in front of and behind their new space. You turn one of these over and if they reveal one or two coloured eggs, the matching bunny hops forwards. If you reveal the fox’s pawprints then the fox will advance and the distance between it and its prey will slowly disappear. Luck, logic and sometimes a good memory are required for this witty race game – that gains even more depth with the advanced variant, featuring a variety of helpers, like a battle bee. 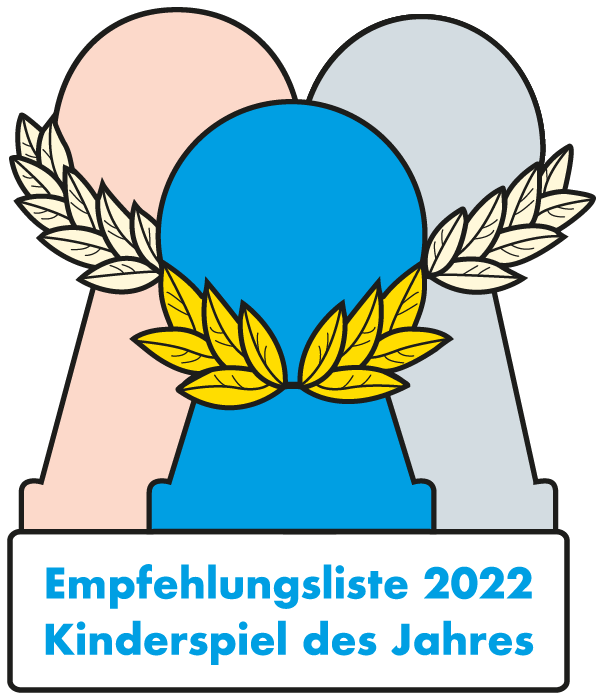