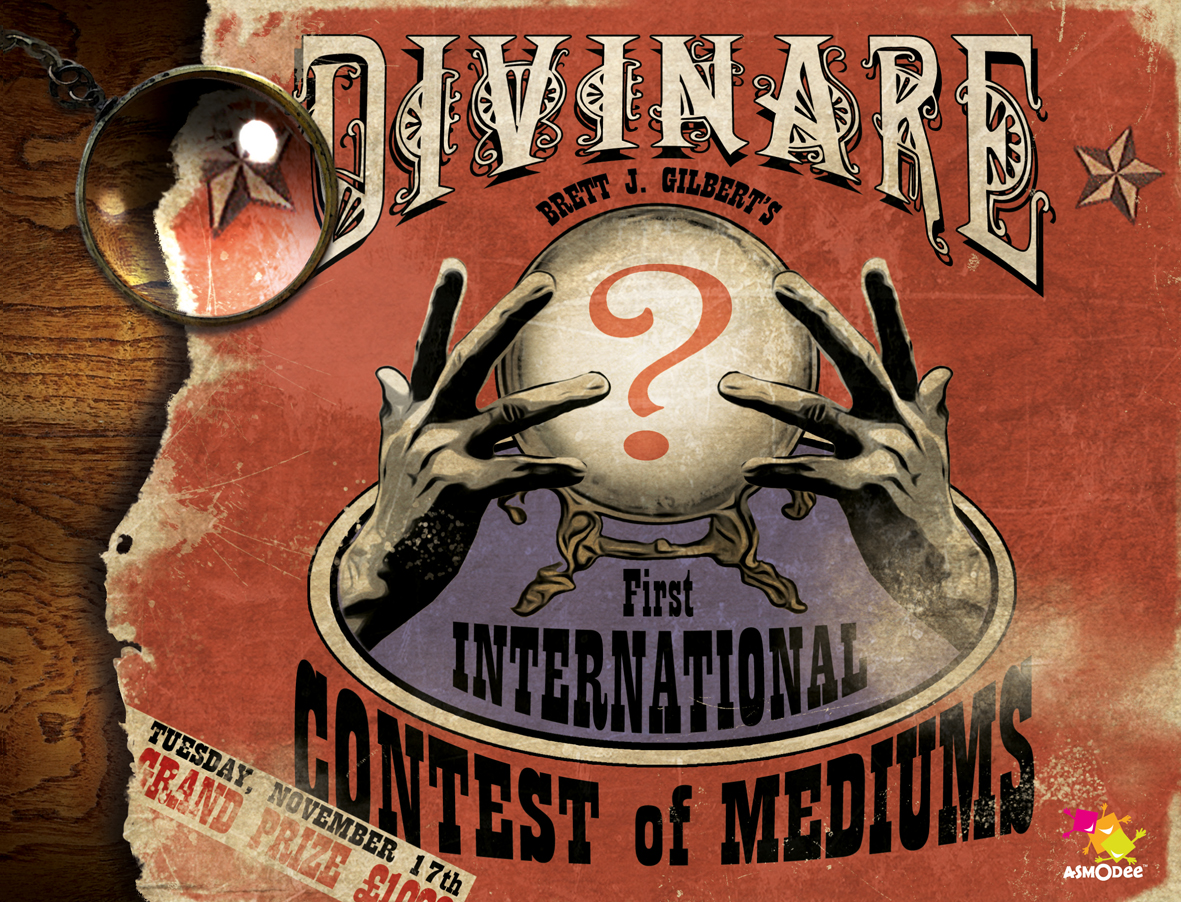 It’s the late 19th century in London: Soothsayers and diviners meet to crown the best in their profession. The task is this: How many cards in each of the four colours are in the game? At the beginning, each participant knows only his hand of cards, as well as the maximum number possible per colour. The colours of those cards which were not dealt out remains initially uncertain. Each player places a card in turn and must guess at once how many cards of the corresponding colour are in circulation. However, only free tip fields can be used. Did the opposition already have the right instinct? Discarded cards gradually bring light into the darkness; additionally cards are regularly passed on to neighbours. In this straightforward but unusual game one can ponder and guess, and at the end exult in victory or groan in defeat.

Our recommendation: 10 years and older