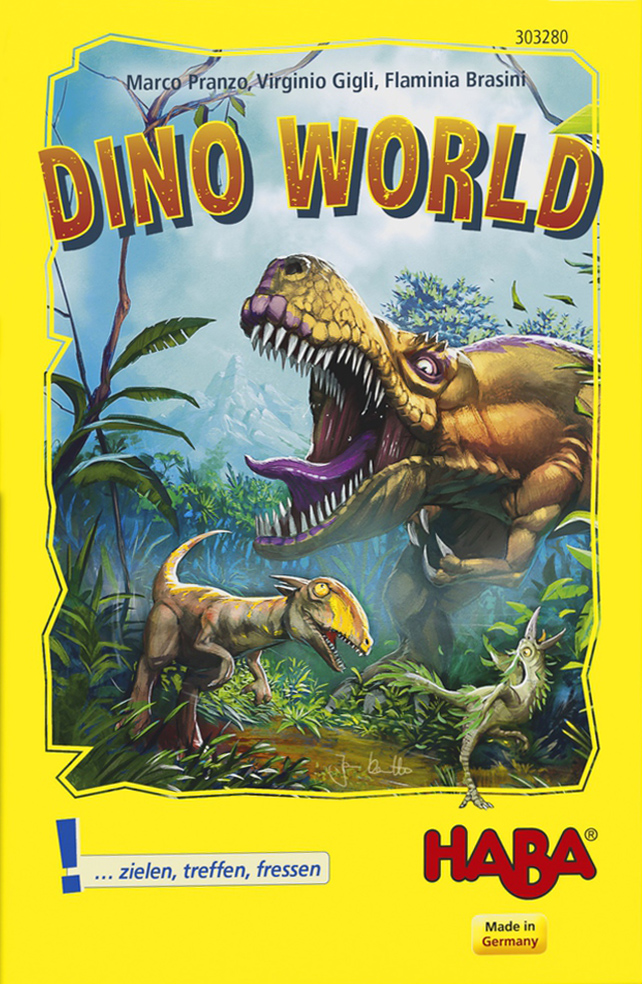 Eat or be eaten? That’s the big question in this small but perfectly-formed prehistoric adventure. The plump velociraptor has only just pounced hungrily on the delicate archaeopteryx, when he in turn is caught by the voluminous dilophosaurus. But it’s the gigantic T-rex that has the biggest appetite of them all. Each round players choose one of their differently-sized dinosaur cards from their set. Their task is to push it skilfully from the top of the game box in the direction of the dinosaurs already on the game table. With a bit of skill and accuracy, players’ prehistoric animals can find some rich pickings. Only the players whose cleverly selected cards land on the smaller dinosaurs will be able to fill their dino-bellies in this action-packed small-box game.