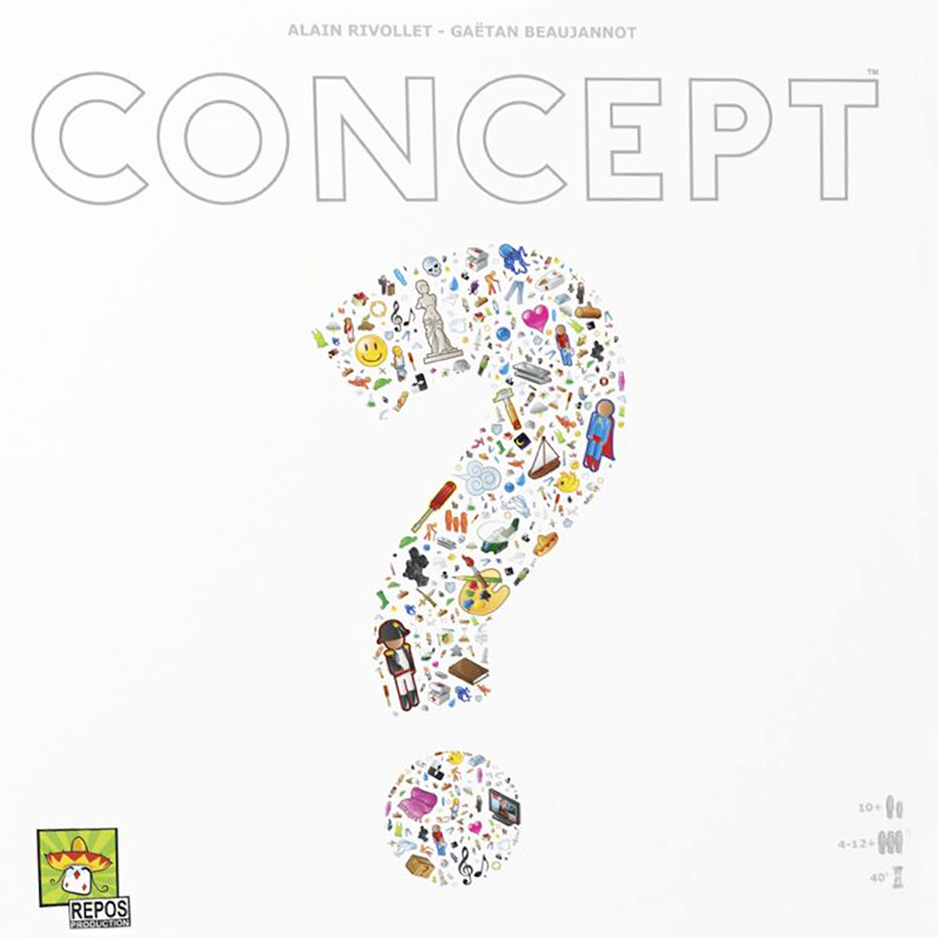 “Concept” combines a party game with app icons: When it’s your turn to define people, objects or even quotes you don’t need to draw or find the right words. Players take it in turns as two-player teams to place small pieces onto the appropriate pictograms on the game board, in order to accurately describe the required concept or phrase. Everyone else has to guess. Imagination and the possibilities of interpretation lead to lots of creative picture puzzles and fun around linguistic categories. “Concept” thus reveals itself as a refreshingly different guessing game, requiring an engagement with symbols and their definitions. The clear concept of the game is so engaging that as the game progresses, you’ll realise that no-one is playing for victory points any more and the question of winning becomes secondary.

Jury statement
A picture is worth a thousand words: The charm of Concept lies in the unusual paths of thought players must travel down. Concept’s truly innovative concept involves the guessers directly in the mental leaps of the other players. Conventional patterns of thought are soon left behind as players descend into a fascinating world of symbols and icons. The elegant white design emphasises the modern character of the game.