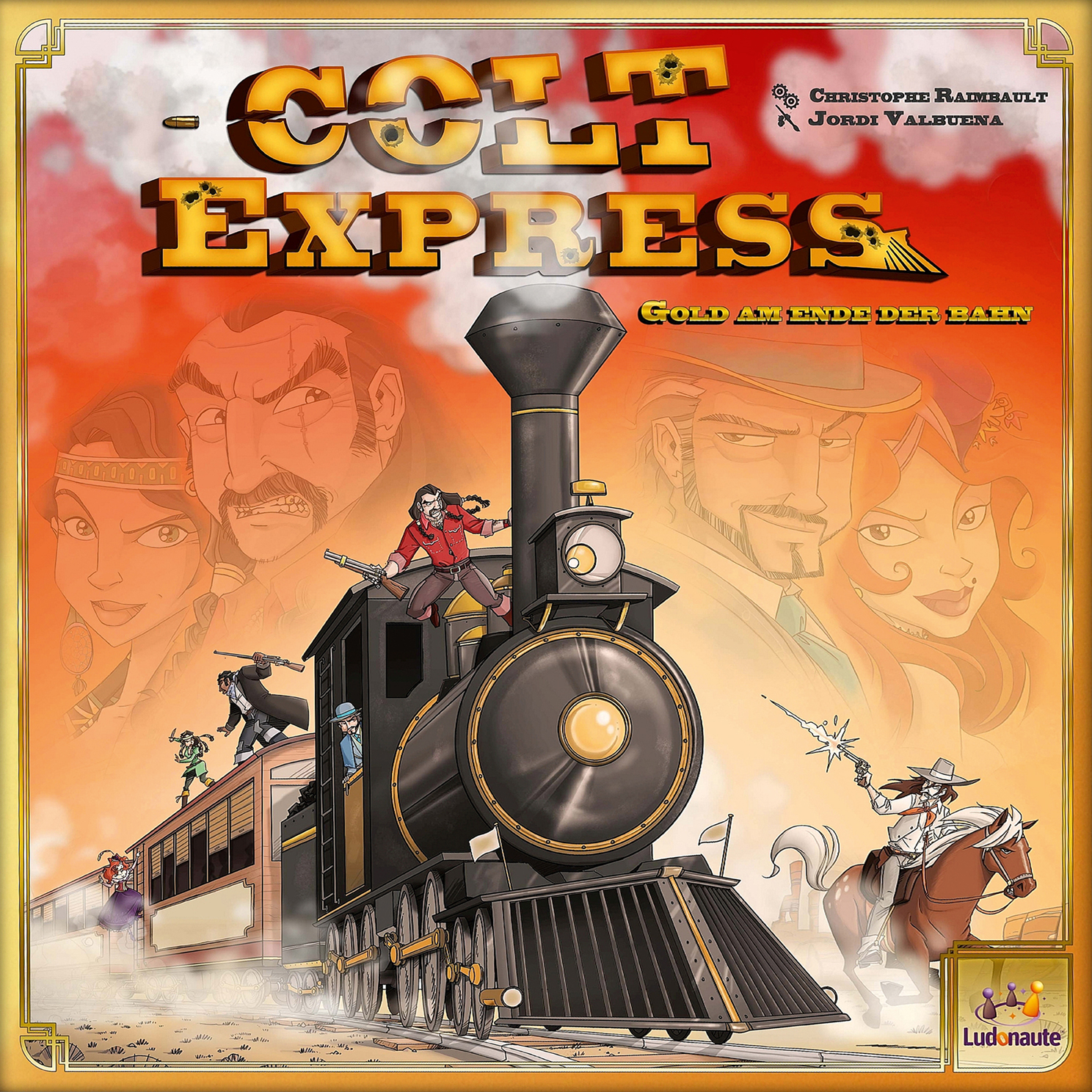 We are bandits in the Wild West, robbing a three-dimensional train on a daring journey over switching points, bridges and through tunnels. Revolvers smoke and fists fly as we race from carriage to carriage, robbing the passengers and beating our rivals. Watch out, the marshal’s coming! The outlaws quickly flee onto the roof, where the action continues as before. We take turns to play action cards onto a communal stack – sometimes face-up, sometimes face-down, sometimes two at a time, depending on where we are on the track. But it’s only at the end of the round that we see the results of what we’ve programmed in: fistfights, trigger fingers and the dreaded marshal ensure surprises and laughter. With its simple rules, “Colt Express” scripts a fast and furious adventure, the envy of any film director.

Jury statement
This plays like a Western parody! It´s almost slapstick, the way the outlaws get into fistfights and lose the stolen money purses they thought were safe, or else just end up shooting into the air. Even as you start to smile because you´ve managed to thwart the plans of the other bandits, you know you´ll soon fall into a trap yourself. This mixture of planning and chaos has charm and a lot of humour. The locomotive and carriages form a three-dimensional game board, making “Colt Express” particularly eye-catching. 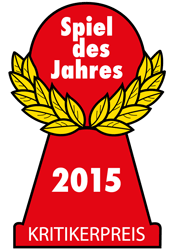 Our recommendation: 3 to 6 players