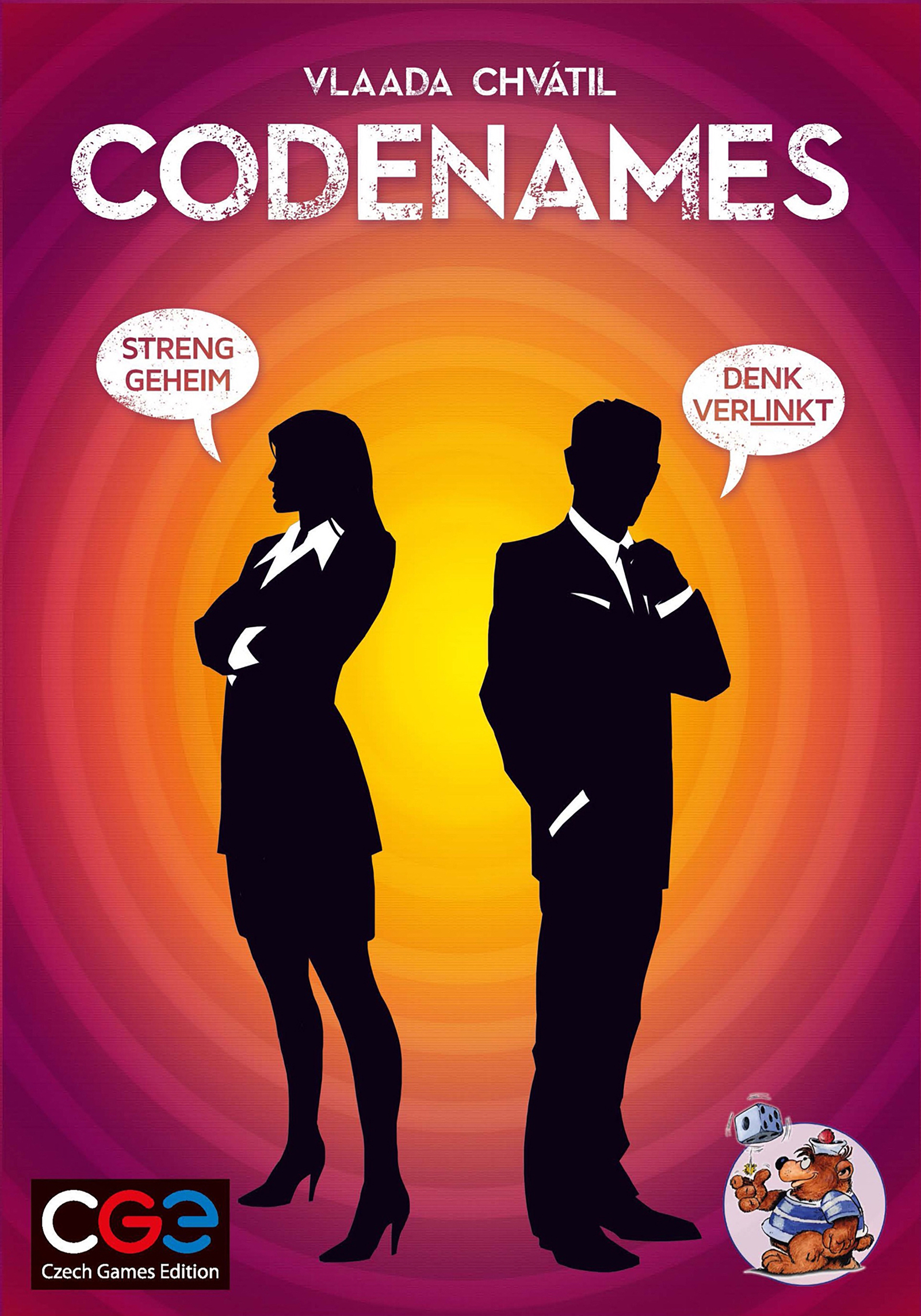 The heads of two rival secret agencies want to inform their respective team members which agents belong to their organisation. As their enemies are listening in, they’ll take turns to find associations to describe their spies’ code names. Only the minimum of information may be transmitted: just a single word and a corresponding number. The latter gives a clue as to how many code names of their own spies are related to this word. The more, the better. Only the spy masters can see a matrix which shows which of the 25 word cards on the table relate to secret agents or just innocent bystanders. “Tree – 3” could indicate “Bark”, “Trunk” and “Apple”. Will my team get that? An incorrect guess ends a team’s turn. Who will be the first to locate all their friendly agents? But be careful! There’s an assassin lurking somewhere…

Jury statement
One game of Codenames is often followed by a second. And then a third, then a fourth. This association game is so spell-binding that it’s hard to break away from it. To describe as many words as possible using just one term, without giving anything away to the opposition, is like a puzzle you just have to solve. Good variants for two or three players make this team game a fully rounded experience. If you like juggling with language, you’ll love Codenames. 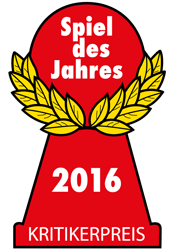 Changed age indication: In the first editions of the game, the age was indicated as 14 years or older. Our recommendation now: from 10 years.