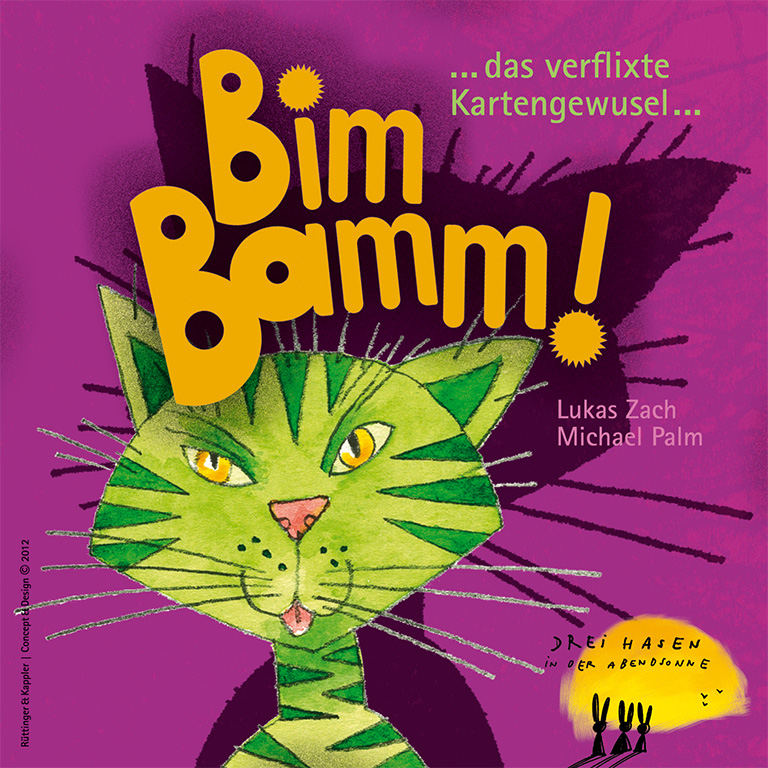 Memory games for kids are not exactly seldom. “Bim Bamm!” is one of them, but it adds nifty new elements. Both sides of the cards are printed with five different creatures. Each occurs six times, and we are not looking for twins but rather for quintuplets. That would be easy if all players had the same goal, but this is not the case. Each child has received secret orders, namely for what species he should look. Therefore the players must not only ensure they reach their own objectives, but also try to guess the those of the other players. This calls not just for a good memory, but also for the ability to deduce and bluff – and the clever use of an action token, which sometimes decides on victory and defeat.