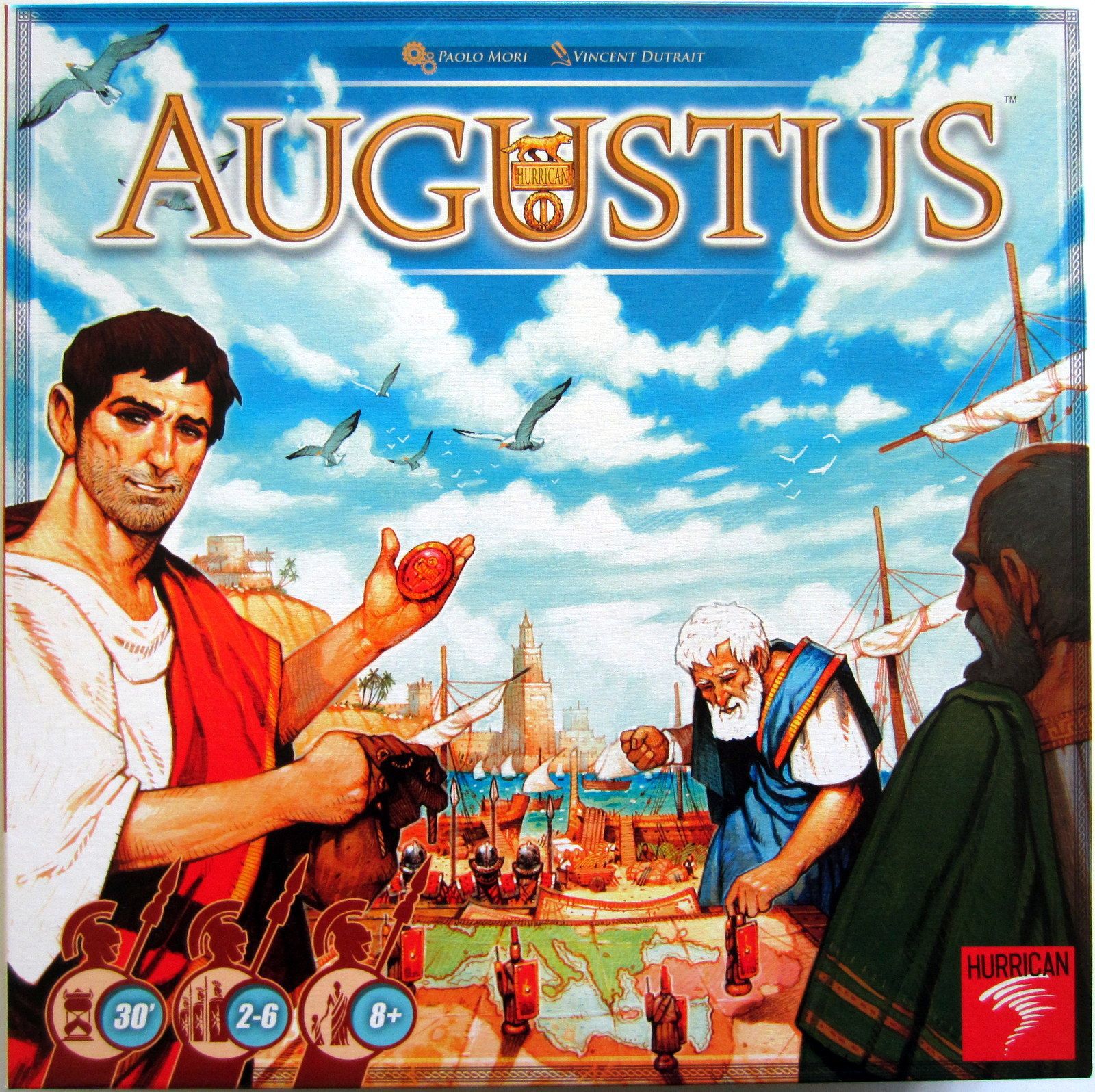 Bingo in ancient Rome: players gain control of Roman provinces and senators by amassing legions on their objective cards. Small cardboard tokens, displaying a number of symbols such as chariots or daggers, are pulled out of a bag. If a symbol matches one of one’s own cards, a legion may be placed on the card. When all the two to six fields on a card have been covered, calling out “Ave Caesar” activates the card: this brings points and may trigger special actions. All just a matter of luck? No. Choosing new objective cards requires tactical consideration: which combinations fit together well? How to snap up the most bonus points? Whoever best tames chance, will become the consul of Emperor Augustus.

Jury statement
By cleverly enhancing the well-known lottery game of Bingo with tactical elements, Augustus takes a nearly 100 year old idea to a new level with more game depth. Despite the additional rules, it retains the lightness and entertainment value of the original. What is more, Augustus holds the players spellbound as they wait together for the next token to be pulled from the bag – excitement for all is guaranteed right up to the end. 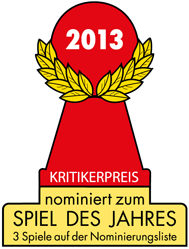