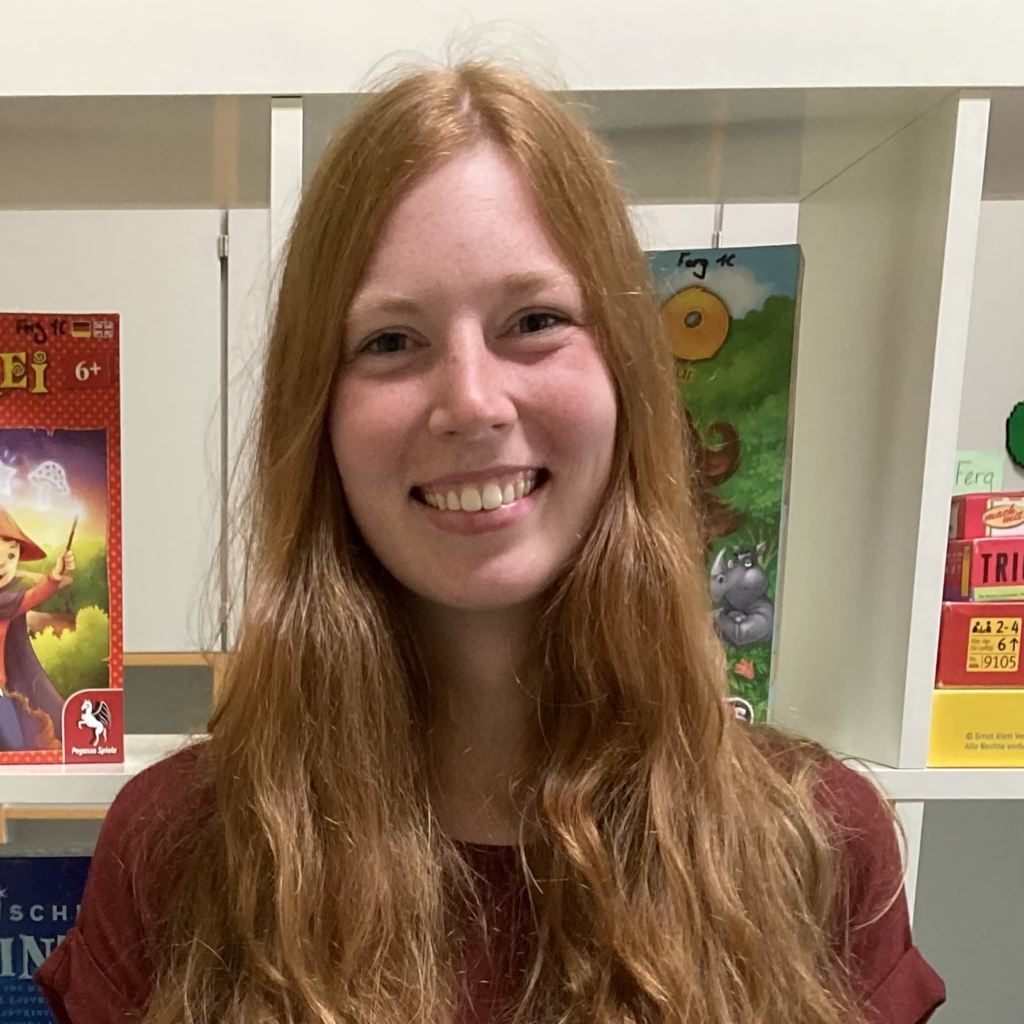 She was born in Soltau in 1996 and grew up in Munster (Örtze). In 2014, she moved to Berlin to complete her FSJ (Voluntary Social Year) and her training as an educator. For the past three years, she has been working as a state-certified educator in the after-school care centre of a primary school in Berlin. She currently accompanies a 2nd grade class and shares her passion for games with them and a board game club.

Privately, she enjoys playing games with friends and also has several game groups with whom she organises game nights and mystery dinners. Even as a child, she enjoyed playing board games and always wanted new, exciting games for her birthday and at Christmas. Back then, her favourite game was Cluedo, of which she still has four different versions. They are still beautiful mementos of her childhood.