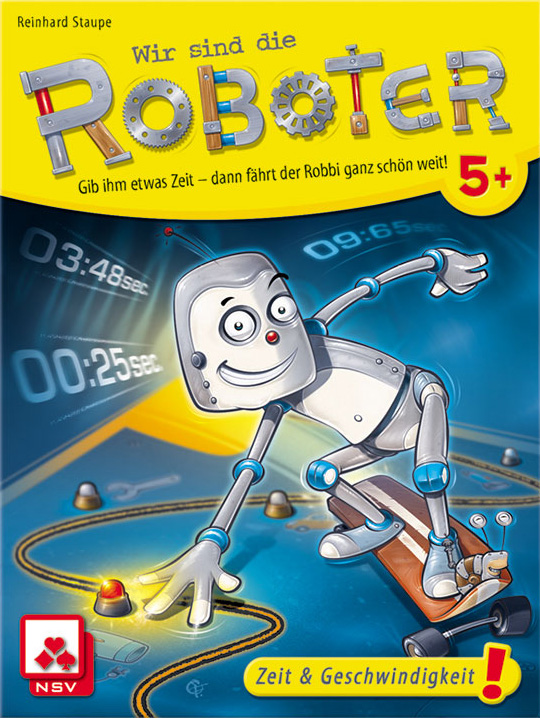 Robots can do lots of things: fly, turn into cars, translate foreign languages, save damsels in distress … But in general you can separate robots into three speed categories: slow, normal and fast. This is the only information the other players have when the robot-player navigates the race track with their eyes and then indicates when they have reached their secret destination. But how quickly does a slow robot move? Or a normal robot? Or a fast robot? Everyone has different opinions about that but with every race you learn to understand your fellow players a bit better. Either because you all want to work together to collect as many points as possible or because you alone want to be the best guesser.

How time flies! The passage of time is all relative, subjective and – in the case of  “Wir sind die Roboter” (“Robots”) – it goes like a flash. This small box contains a huge amount of innovation. From the first to the last “beep”, this fascinating estimation game leaves children spellbound. They will sit highly focussed and attune themselves to each other, learn from each other and at the same time practice community, attentiveness and empathy. 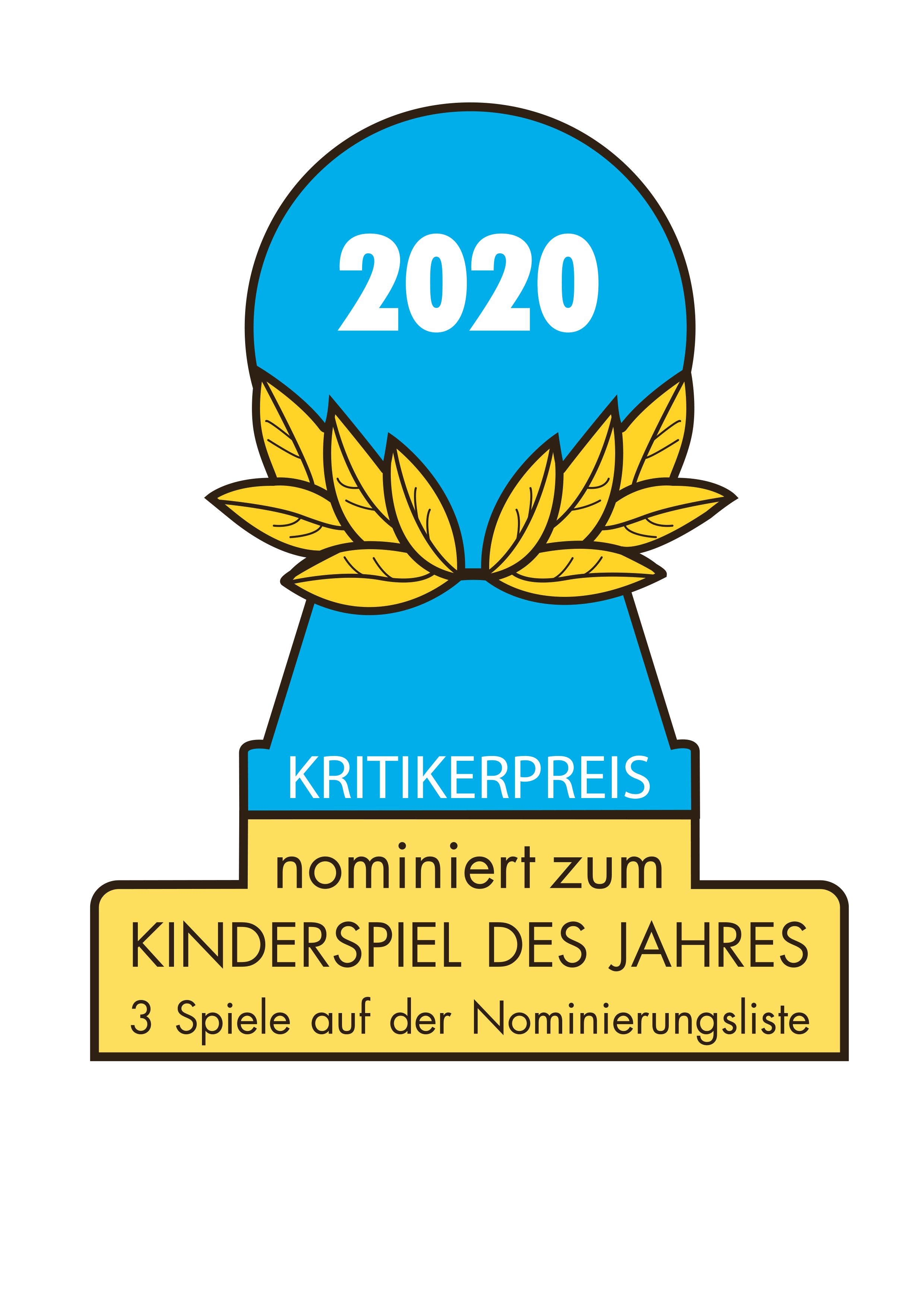