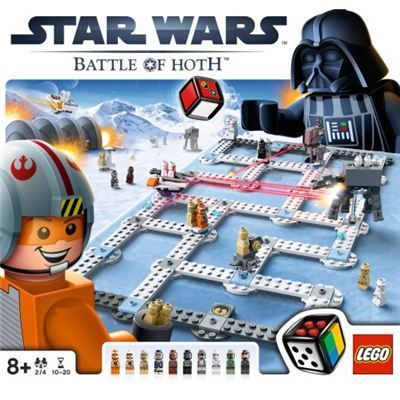 The battle for the ice planet Hoth from the movie “Star Wars – Episode V: The Empire Strikes Back” is one of the classic scenes in film history. Here it has been developed into an exciting strategy game that is not just for young star warriors. Rather like a futuristic chess game, the finely detailed miniature figures are moved around the changeable and shifting board. Diversified, but at the same time intuitive, rules make each character quite distinctive and contribute to the tactical challenge. The confrontation between the troops of the Empire under the leadership of sinister Darth Vader and the rebels around young Luke Skywalker really comes to life. The strength of the game lies particularly in the variability of its material, such that every round can look and be different.

by by an unnamed author

Hint: The game is not suitable for three players, but only for two or four players.