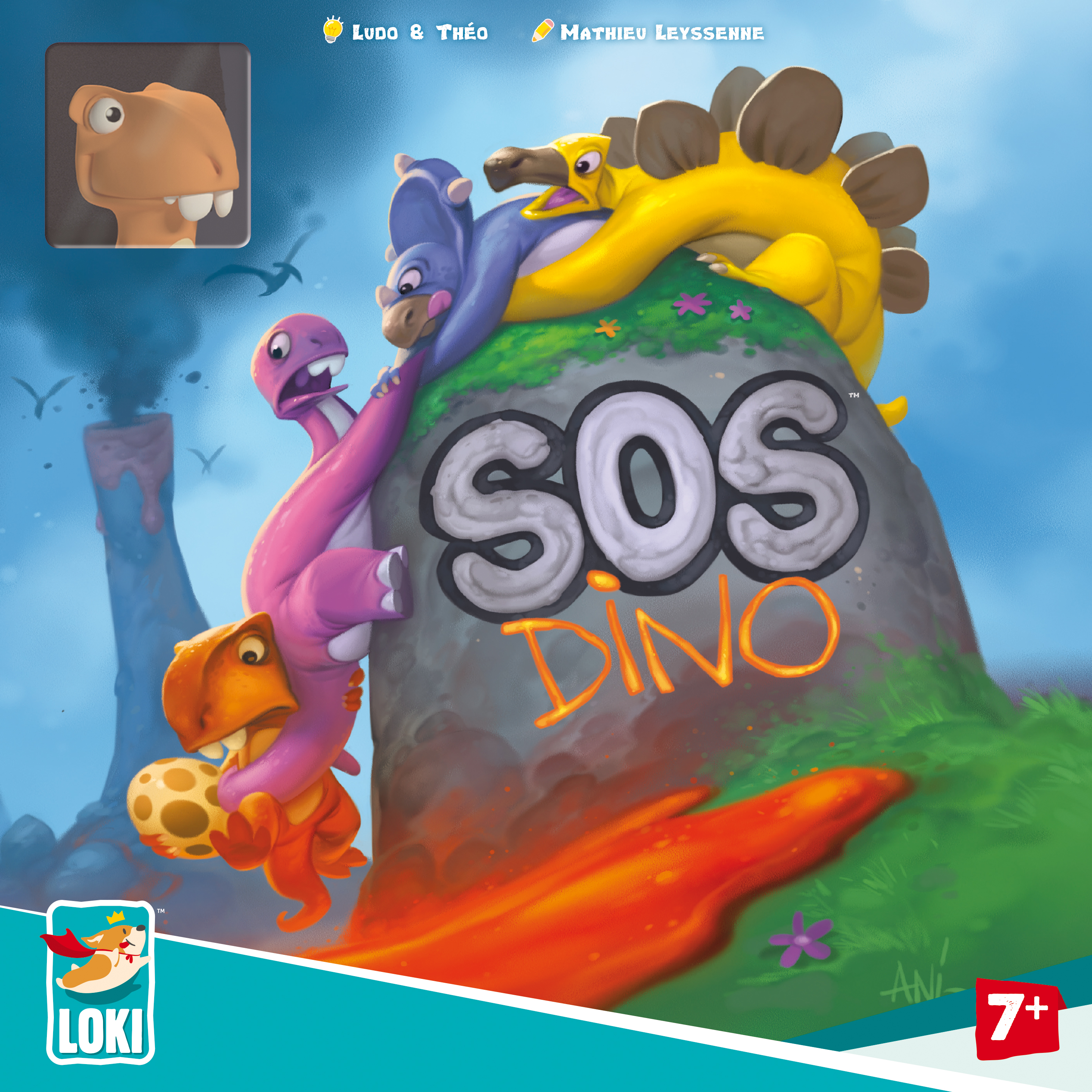 Panic in the land of the dinosaurs: all four volcanoes are erupting at once and lava is coursing their way. The mini-saurs Marie, Freddy, Nessie and Louis must flee quickly into the mountains and save a few dino-eggs on the way. Luck and reasoning are needed in this co-operative race game. Luck, for when players draw tiles at the beginning of their turn, which always extend the lava flow but also allow the dinos to move past obstacles. And reasoning, as players need to think carefully and agree who is going to move which figure, and how, and how to place the lava tiles without creating a dead end. Together with the attractive components, including funny dino miniatures, this game creates a prehistoric adventure from which no dino-fan will be able to escape.