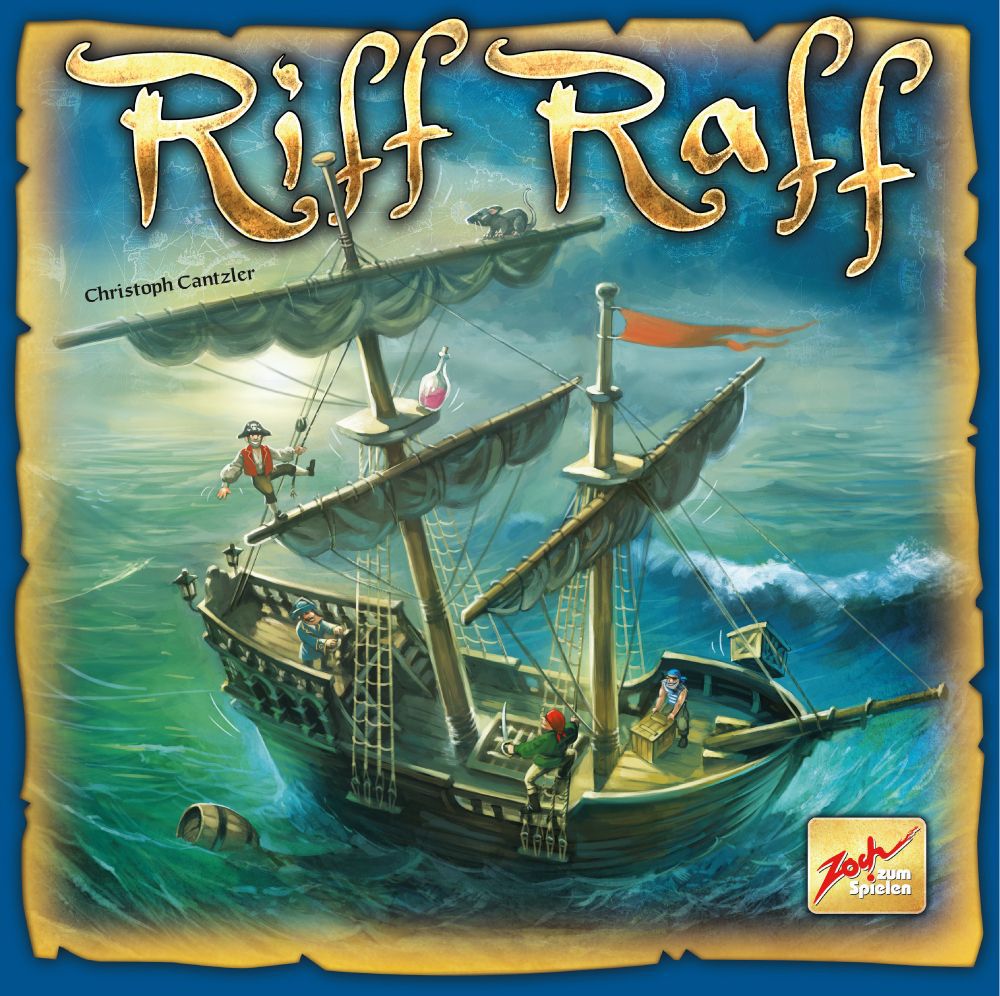 This game of skill is a genuine eye catcher: a big wooden galleon rolls around on a mountainous wave in the game box. Due to its gimbal mounting, it easily gets out of balance and begins to swing to and fro. The higher the cargo is stowed in the yardarms, the sooner it will slide overboard. Who is going to be the first to get rid of all eight of his pieces, which are of different weight and bulkiness? Besides a steady hand, a grasp of tactics is required, because the place on the yardarm and the order of play are decided by cards dealt out in parallel with each round. In case of a tie, the captain has the last word. When one or more objects fall off the yardarm, quick reactions are called for: cargo caught in this way is laid aside. Pieces that fall in the sea must later be placed back on the ship.