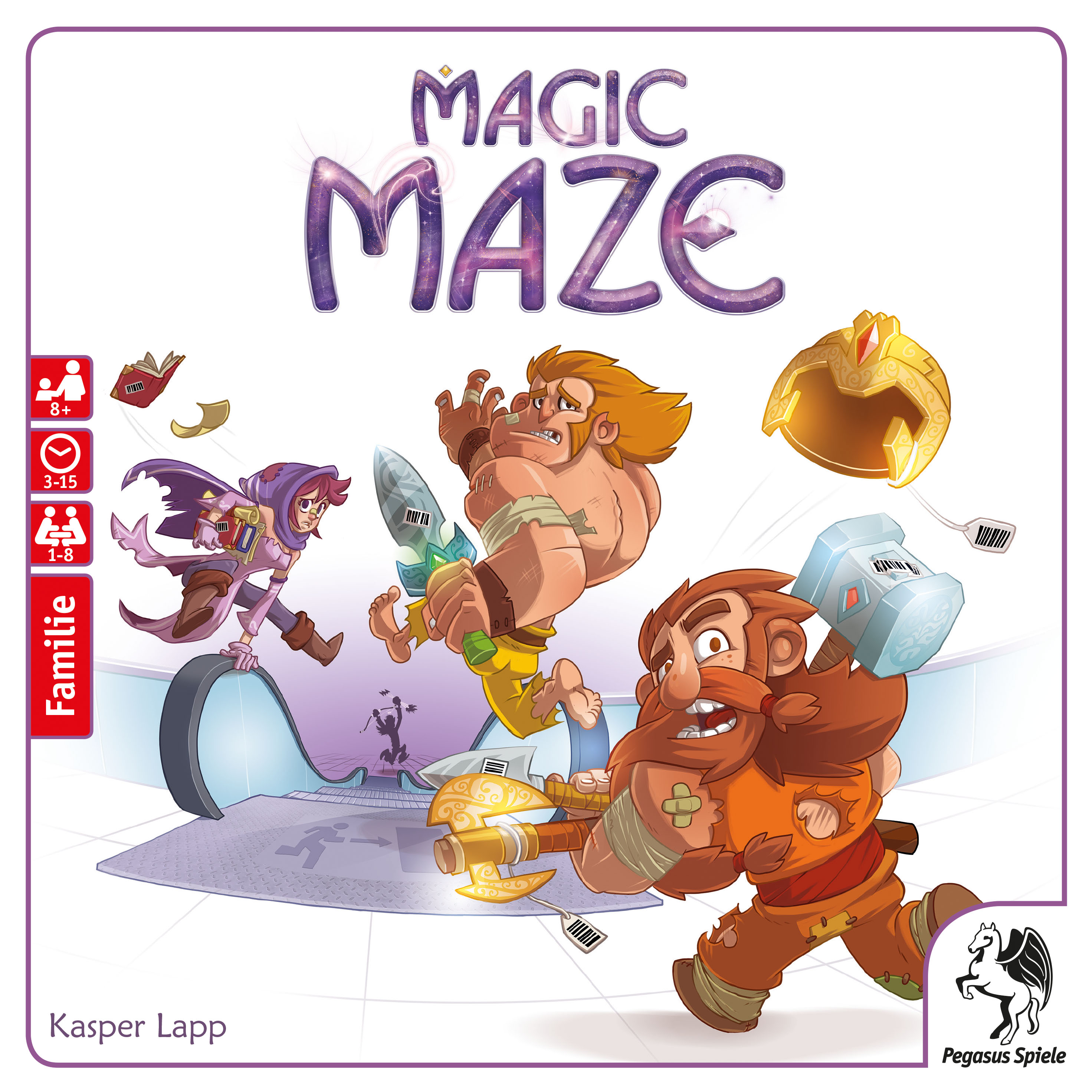 A wizard, a dwarf, an elf and a barbarian are in a shopping mall, looking to steal equipment for their next adventure. If they don’t want to get caught, they’ll need to be very quiet. For the players of this real-time, co-operative crime caper this means: no talking and no gesticulating! All players can move each of the figures but only in the direction(s) depicted on their own personal action tile. Everyone acts at the same time. If someone doesn’t notice that everyone else is waiting for them to take an action, you can place the “Do Something” pawn right in front of them. But time is short: if the three-minute sand-timer runs out, everyone has lost. However, some locations allow you to turn the timer over, giving you a brief opportunity to plan a little further ahead. But don’t delay! Will the gang escape with the loot?

Jury statement
Boutiques and escalators make up this magical labyrinth. The co-operative “Magic Maze” creates a completely new playing experience, one where you can’t switch off for a single second. In the clever introductory campaign, the complexity increases gradually but the innovative turn rules and time pressure really crank up the adrenaline and exhaust the players. This electrifying chaos won’t leave anyone cold. 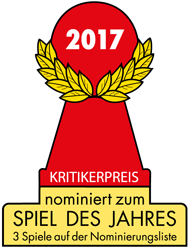