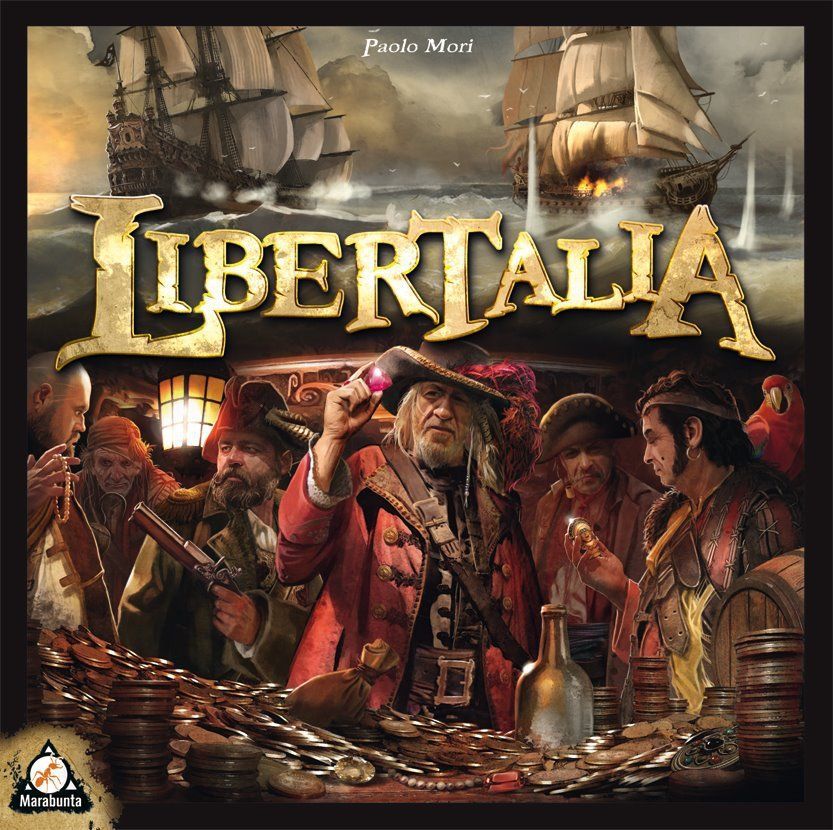 After a last foray out to sea, the old pirates plan to retire to Libertalia. Each player has the same crew on his hand of cards, but decides himself when to bring into play the beggar or bartender, the ship´s boy or the Spanish governor. How these characters act and what loot they get their hands on, depends upon the cards played by the other players. Particularly in demand are nocturnal abilities that can be used as long as the character is still in the pirate cave and not yet in the cemetery. Played out over three campaigns, the final foray of the ageing pirates is a gripping gamble on the best action at the right time. The richest pirate wins the swift, cunning and easily understood game.

Our recommendation: 12 years and older