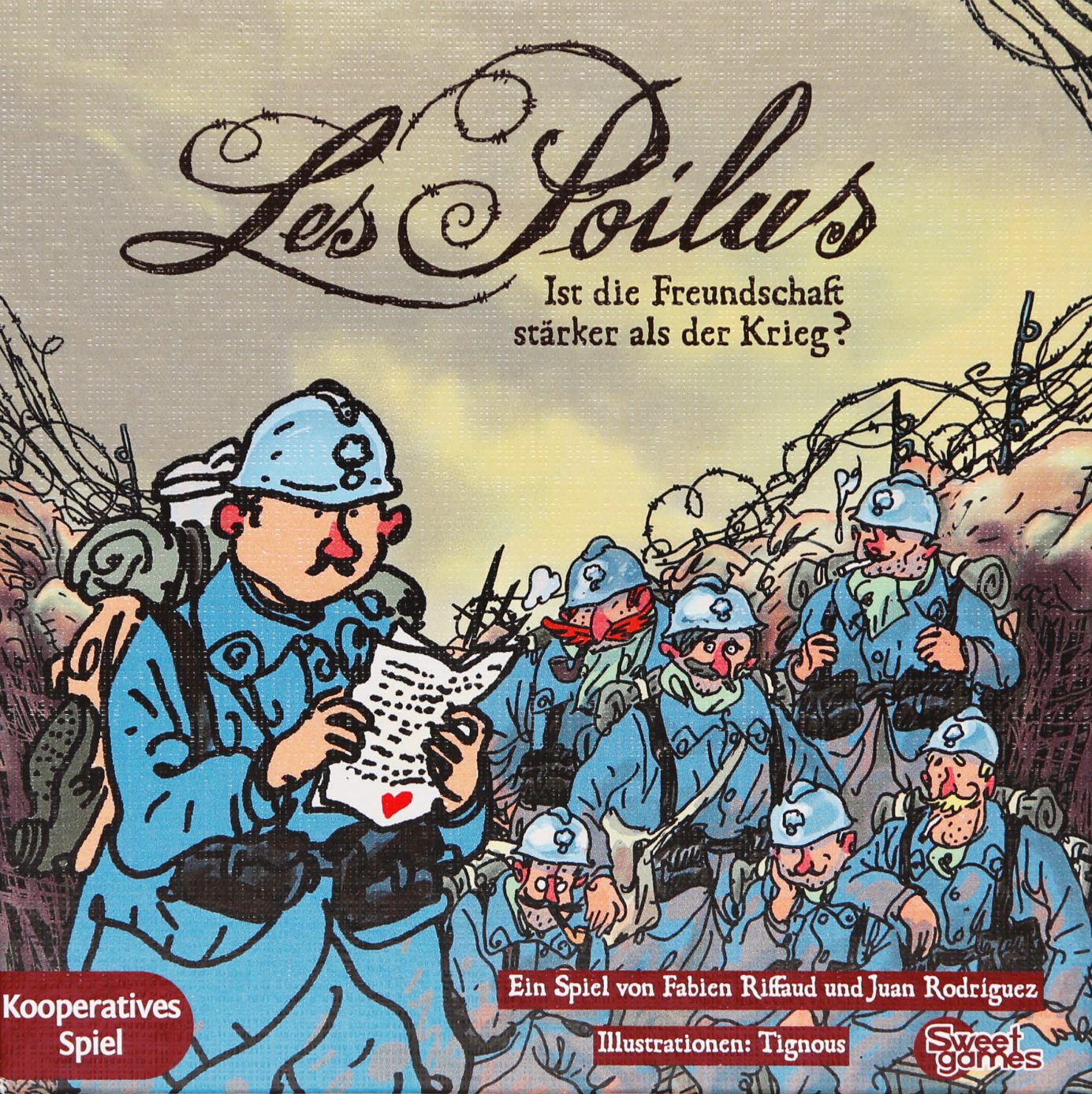 The anti-war game “Les Poilus” transports players back to the First World War. Soldiers are being worn down by trench warfare at the front. Together they are combating a constant loss of morale. Time and again, new threats and setbacks endanger their missions. Soldiers alternate between hope and despair. Encouraging words and the support of your comrades can give you fresh hope but can you last until the bitter end? Peace only breaks out if all threats have been averted and there are no cards left in anyone’s hand. If the threats ever get the upper hand, the soldiers’ morale drops to zero. Then only a monument will serve as remembrance of the men in the trenches. The game creates an oppressive atmosphere and the way it deals with the war is both visually striking and remarkably sensitive.