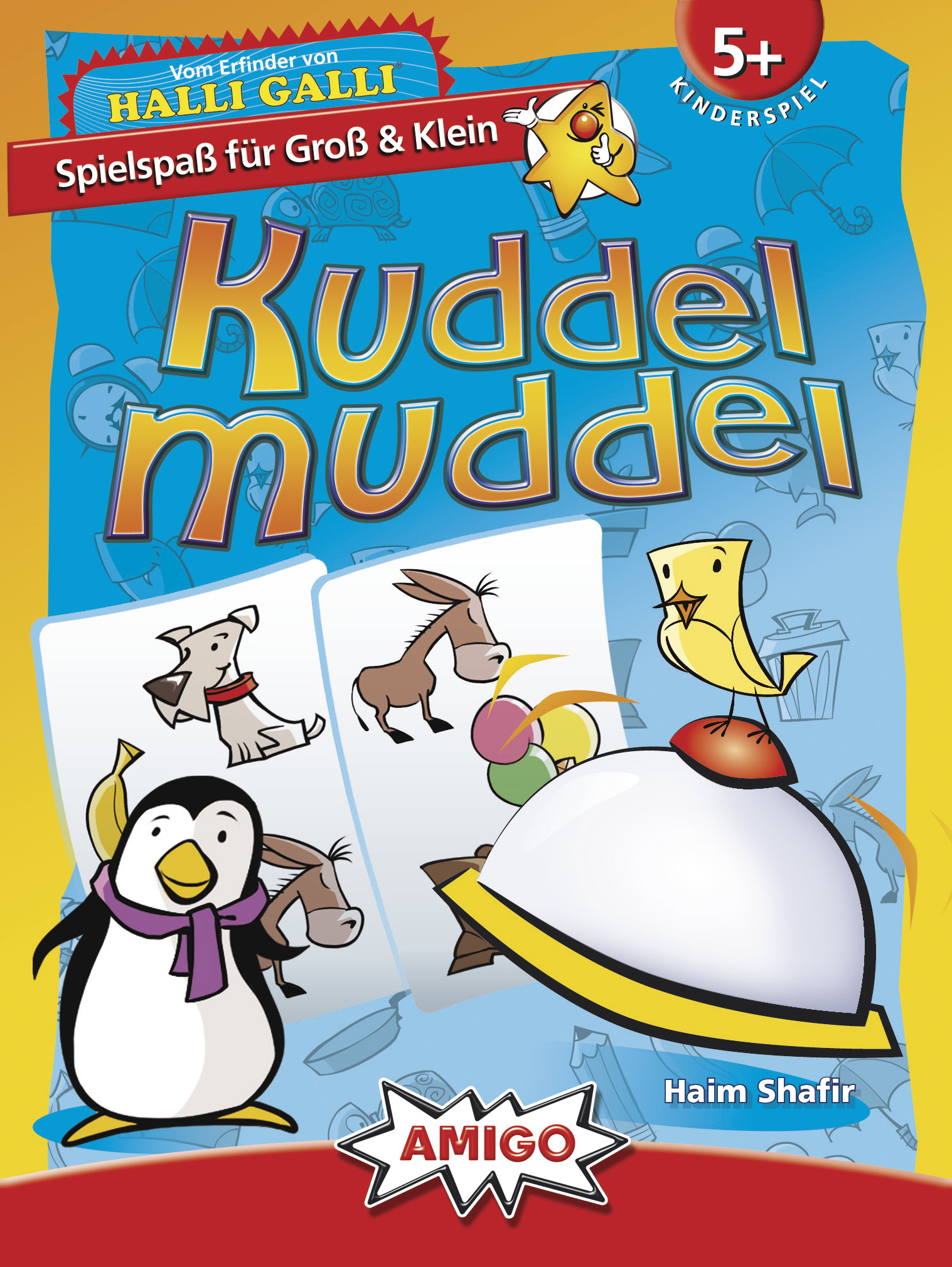 What a chaotic muddle: 80 cards lie face-down and all higgledy-piggledy around a bell. Three different objects are depicted on the face of each card, for example, a banana, a donkey and an umbrella. Now off we go: All play simultaneously and uncover the cards one by one, which are then laid down in a row in front of each player. But be careful: a card may only be added to a row if it matches at least one object of the adjacent card, which may be to its left or right. Once a player has built up a series of seven cards, he quickly rings the bell. If all the cards do indeed match up, he gets to keep them. When no cards are left in the middle, the player with the most cards wins. An amusing reaction game for the whole family, in which it is necessary to study the cards closely.